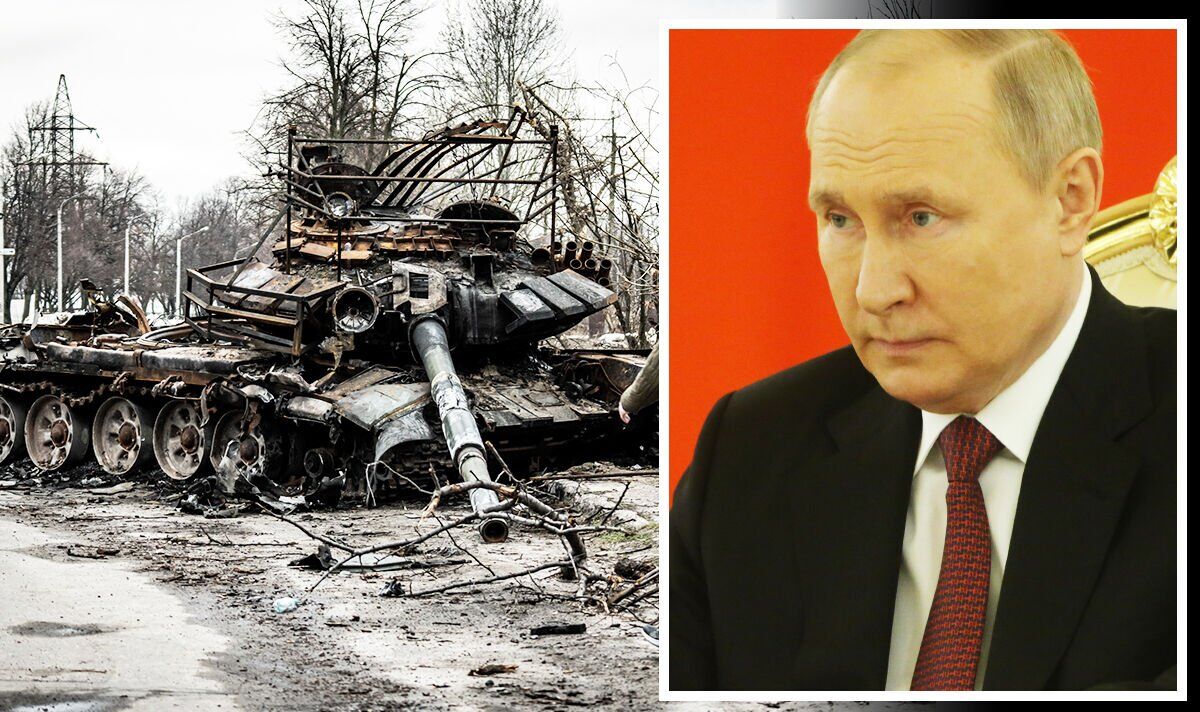 A Canadian volunteer currently fighting alongside Ukraine in Kherson shared the update on Twitter. He wrote: “In the #Kherson region, the #Russians are strengthening their positions with anti-personnel and anti-tank mines created in the 1950s. As a result, several cases have been reported of #Russian sappers blowing themselves up when placing said mines.”

It comes after Ukrainian sources claimed in May that Russian forces fired a Zantsepek heavy flamethrower system at a position taken by their own men.

It is so far unclear how many casualties there were as a result of this “friendly fire” as Russia has not acknowledged this incident.

But in a Facebook post, Ukraine’s 97th Infantry Battalion posted an ironic “thank you” message to Russian troops about a devastating attack.

The report read: “The leadership of the 97th Infantry Battalion expresses its satisfaction with the actions of the Russian occupiers, who today, using the heavy Zantsepek flamethrower system in the direction of Zaporizhzhya, have used it against their positions and effectively defeated the occupiers. have burned Ukrainian soil. .

“Such actions are positively perceived and supported in every way by the Ukrainian army.”

Earlier today, it was reported that Putin could march Russian troops into a “weak” Europe if he is successful in Ukraine, as a new target was named.

Olga Lautman, senior fellow at the Center for European Policy Analysis, said the West must act now to ensure that an “encouraged” Putin does not succeed in his bloodthirsty mission.

She told The Sun: “Russia’s appetite will not stop. We’ve seen it and we’ve seen that negotiations with them don’t work. Their word is worth nothing, their promises are worth nothing and I think in this case they should be curtailed because if they are not, the threat they will pose will be much greater than Ukraine’s.”

Ms Lautman’s chilling warning comes when a Russian politician presents a bill that would revoke recognition of Lithuania’s 1991 declaration of independence.

The two sides, formerly of the same army, exchange gunfire, seen from the soldiers’ point of view.

The camera points to the butt of the gun as the defector intermittently fires at the other Russians. A nearby grenade or missile then sends a soldier to the ground before recovering and firing again.

“There are several dozen of them, it is as a separate unit disguised as the Ukrainian armed forces. The number of enlistments to the legion, including the Russian army, is excessive. They don’t have time to think about it. I see the legion marching through Russia.”