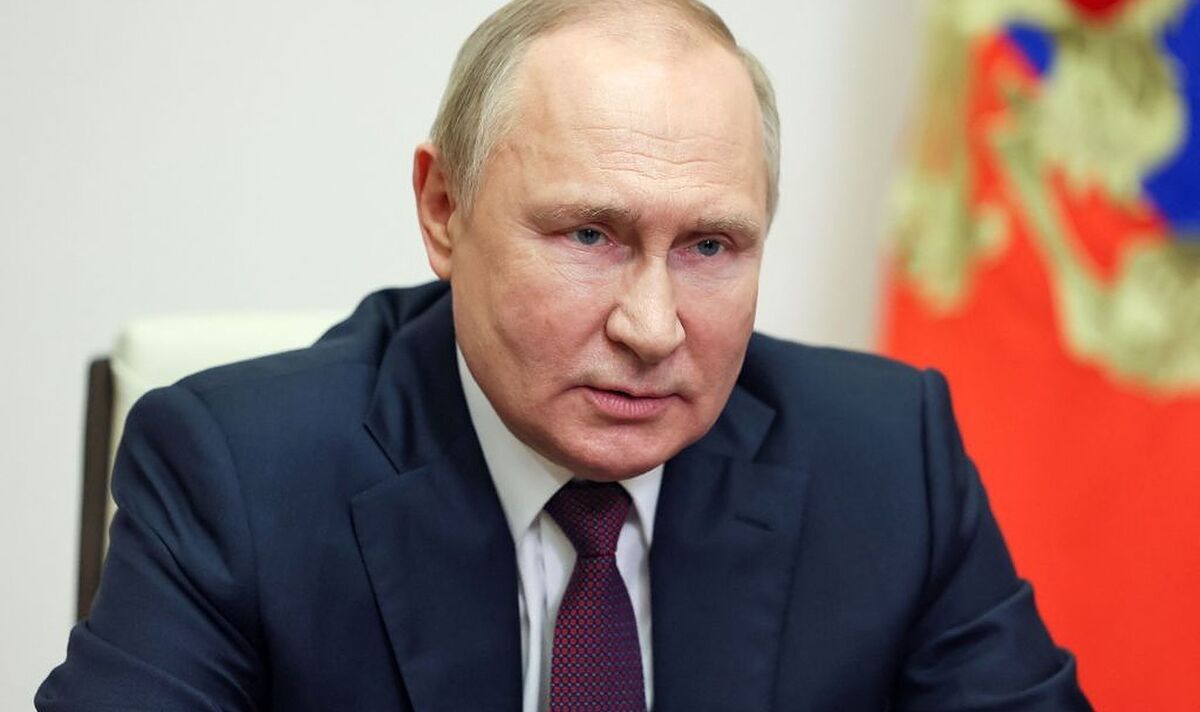 The attack took place in the Pologovsky district of Ukraine and was justified by the shelling of settlements in the area by Russian forces. It was carried out by members of the 44th Artillery Brigade of the Ukrainian Ground Forces, the brigade confirmed.

They received support in the form of aerial reconnaissance from the 81st Airmobile Brigade of the Ukrainian Air Assault Forces.

On Wednesday, the brigade said it launched the attack after Russian troops fired on local villages in the area.

They said: “Artillerymen of the 44th OAbr of the Armed Forces of Ukraine, with the support of aerial reconnaissance of the 81st Brigade of the 5th BTGR, bombed the accumulation of enemy equipment and ammunition in the Pologovsky district.

“It is known that Russian troops fired on three settlements in the Pologovsky district. Enemy shells hit Gulyaipole, the villages of Dobropolye and Upper Tersa.

“Previously, the Russian army left some positions in the Melitopol and Vasilyevsky regions.

“As it became known, they moved in the direction of the Kherson region.”

It comes as Ukrainian President Volodymyr Zelensky has said that the battle for the city of Severodonetsk could determine the outcome of the war in the eastern part of his country.

He said: “In many ways the fate of the Donbas is decided there.”

He said, “Our [forces] now again control only the outskirts of the city.

“But there is still fighting, our [forces] defend Severodonetsk.

“It is impossible to say that the Russians completely control the city.”

The governor added that there are still about 15,000 civilians in Severodonetsk and the nearby city of Lysychansk.

Russia claimed on Wednesday that Ukraine is suffering “significant losses in manpower, weapons and military equipment” in Donbas.