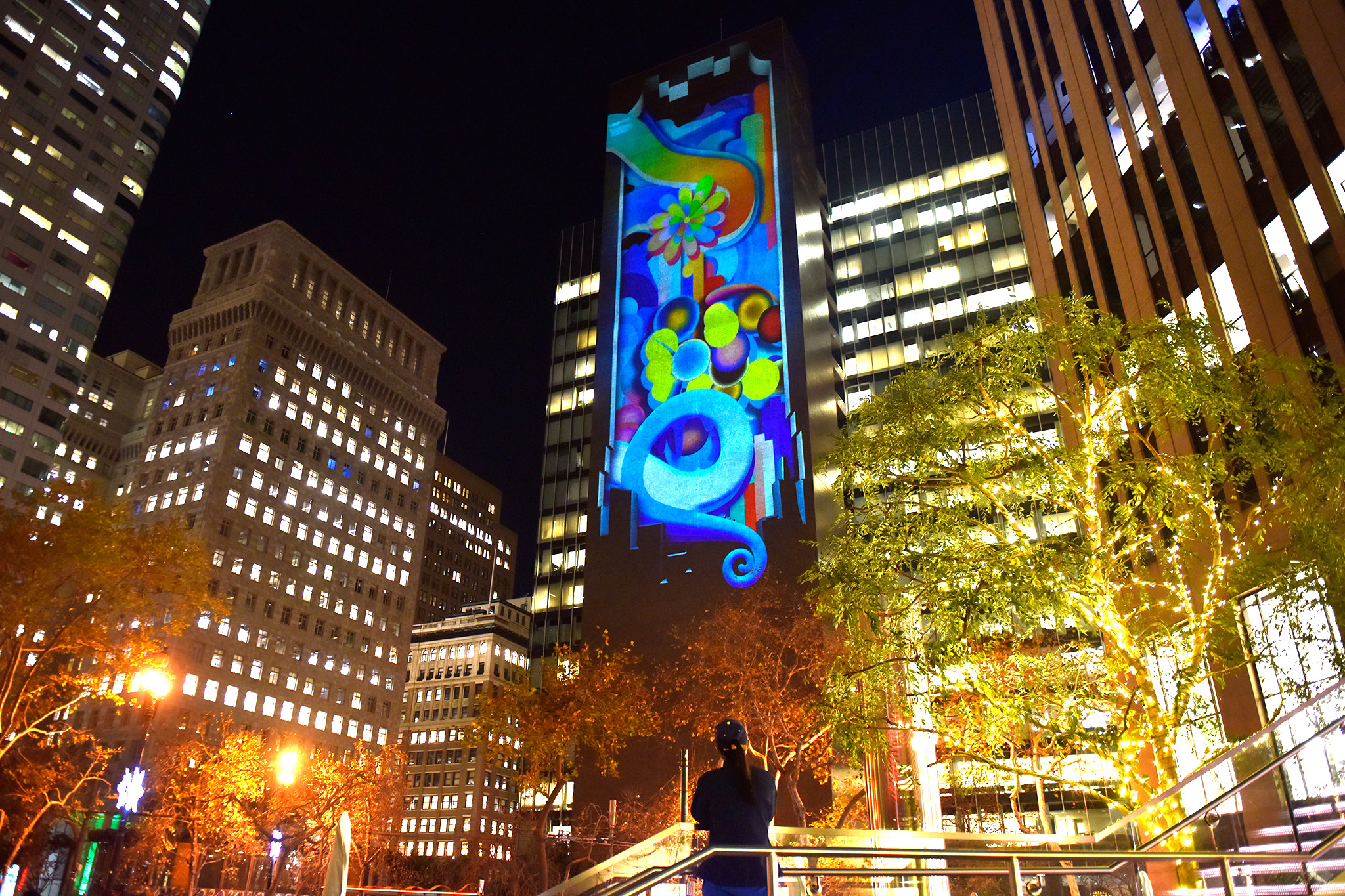 The Pacific Exchange is one of the most notable buildings in San Francisco’s Financial District. Originally built in 1915, the neoclassical building once housed the city’s burgeoning stock exchange. Today, the building is occupied by the luxury Equinox gym, but if you walk past it at night this weekend, you’ll see a lot more than just members heading home after a workout.

Through a city-sponsored project Let’s Glow from the Downtown SF Partnership, the Pacific Exchange and three other buildings in San Francisco have become canvases for massive video art projections. The tradition began last year, and according to the nonprofit Downtown SF Partnership, 40,000 visitors who came to see the projections raised an estimated $2.2 million from nearby businesses. In addition to the Pacific Exchange, projections can be seen at One Bush Plaza at 1 Bush St., Station J at 222 Leidesdorff St., and the Hobart Building at 582 Market St.


Like last year, the Pacific Exchange Building is notable for its unique architecture. Two videos are played in a loop all night long. The first is by Hungarian artist Maxin10sity, who turns the columns into icy pillars that burst and bloom into winter flowers. The second video is from Limelight, an international collective of 20 artists who also have roots in Hungary; it’s more cartoonish, with a fox running across the top of the building.

The projections run from 5 p.m. to 10 p.m. through December 11. For more information, visit downtownsf.org.