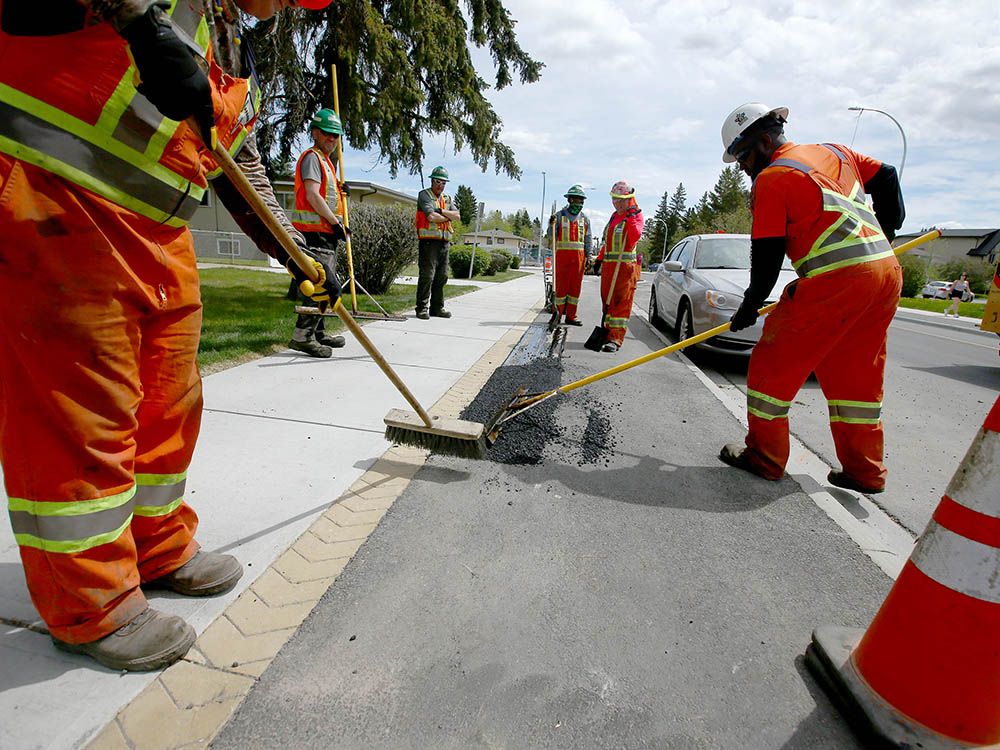 Construction season has arrived and the province is urging motorists to exercise caution on Alberta’s highways this summer.

The government has announced a number of projects that will start this summer as part of the provincial’s $1.4 billion construction program of more than 300 projects over the next few years in all corners of the province.

“Road construction crews are working hard to improve driving conditions on all our highways and your cooperation will help them get the job done and most importantly return home safely to their families every day,” Transport Minister Rajan Sawhney said in a statement. press conference Friday morning outside Leduc.

The capital investment for roads and bridges in the provincial budget for 2022 is set at $789.4 million.

The county will complete several projects this summer, including the twinning of highways 19 and 15 and the replacement of the Peace River bridge deck this fall.

Motorists in Calgary have two more years of construction time on Stoney Trail until completion around the city’s southwest neighborhood.

East of Canmore on Highway 1, work also continues on a $17.5 million wildlife overpass, which will cause some delays for those heading to the mountains. They will face further interruptions as they drive further west as work continues on the Kicking Horse Canyon Project just outside Golden, BC

Further south, construction is underway on Highway 3, southeast of Lethbridge to Coaldale, and Highway 4 between Warner and Stirling.

There will also be resurfacing projects across the county with a $597 million maintenance and renovation budget for highway upgrades such as bridge construction, road repairs, pavement overlays and bridge deck junction replacement. This includes a $30 million increase for general highway maintenance.

Sawhney said this work could extend the life of a highway by 20 years.

It means a lot of work for the road workers.

Ron Glen, CEO of the Alberta Roadbuilders and Heavy Construction Association, said they will have some challenges this summer that go beyond the normal safety concerns associated with this type of work. They face a workforce shortage that has affected many sectors, while inputs such as raw materials and equipment are becoming more expensive and more difficult to obtain due to supply chain challenges and geopolitical concerns.

This can lead to project delays and higher project prices.

“The contractors will find solutions,” Glen said. “But all we’re asking is that the public understand, that there’s a lot going on behind the scenes that we don’t necessarily have control over and we’re trying to get through that. And we will find a way to get the job done.”

However, some projects may not be completed as hoped by the end of the fall.

He added that Alberta is not alone in this challenge, as it is an issue across Canada, while staffing problems started as early as 2015 or earlier as a result of a rollercoaster of funding for public infrastructure projects.

More projects are in the pipeline next year, including an interchange at Highway 1A and 22 outside Cochrane, which will be tendered this year with a start date in 2023. The project is estimated to cost $90 million to $100 million and will include expansion. from Highway 1A to four lanes in each direction, two new bridges, replacement of the Highway 22 CP Rail overpass and the new interchange and roundabouts connecting the two major highways.

The county is also in the planning stages for Highway 3 twinning at Taber.

“This is an extremely important project, as that area is definitely an economic corridor for agri-food,” Sawhney said. “I will be working with the federal government to pursue some more National Trade Corridor funding so I can actually focus on Highway 3 twinning.”

The City of Calgary has not returned requests regarding a summary of its plans for road construction projects over the summer.