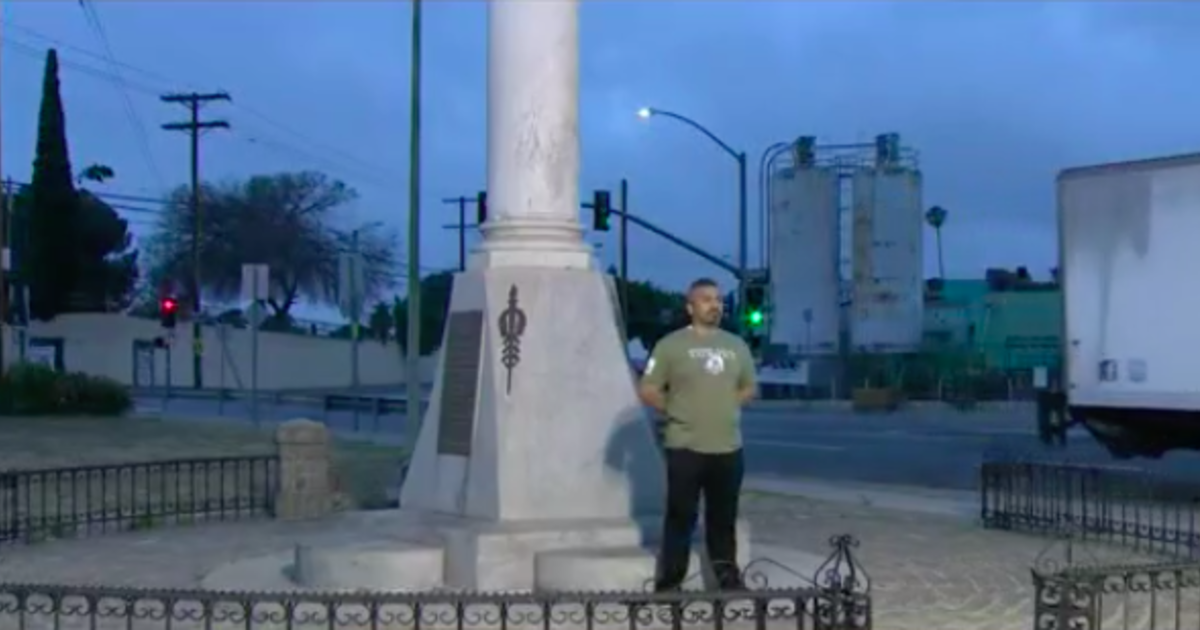 In honor of Memorial Day, veterans and military members stood guard for 24 hours starting Saturday morning at the Mexican-American War Memorial in the Cinco Puntos area of ​​East Los Angeles.

As they stood guard to commemorate the sacrifice these fallen heroes made to serve their country, protesters prepared to protest the possible removal of their beloved monument, which has stood in the area for 75 years.

In a press release, organizers said the proposal to turn the area into a roundabout is “a travesty and an obvious attempt to hijack the area and turn it into something it was never intended to be. Instead, Morin was Memorial Square dedicated to veterans in 1947 as a tribute to our Mexican-American heroes and should not be tampered with.”

The memorial, which stands at 3300 Cesar E. Chavez Avenue in the Boyle Heights neighborhood, was surrounded by protesters who gathered to denounce the proposal.

Congresswoman Lucille Roybal-Allard was a scheduled speaker at Monday’s event, which would be her last as a member of the House of Representatives before her retirement at the end of the term.

Los Angeles Mayor candidate and City Councilman Kevin de Leon offered a mixed perspective on Instagram, stating that the tribute deserves enhancement “to reflect the dignity of our heroes. We need a safer intersection to eliminate hazards to pedestrians and motorists. The proposed roundabout project will breathe new life into the memorial there today and give our veterans the recognition and admiration they deserved.”

Opponents are angry that the memorial will honor Mexican-Americans who served in all wars — not specifically World War II, Vietnam, and Korean Wars, as it stands today.