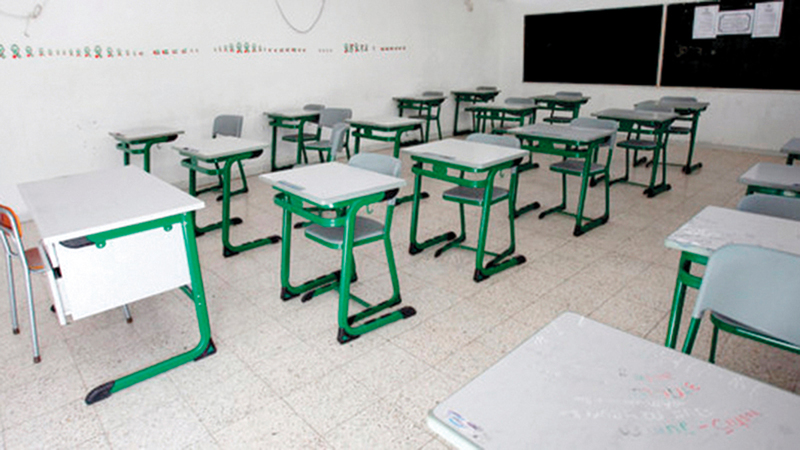 Private schools in the Eastern Region recorded almost complete absence of students from school hours, after the end of the exam period.

The board of a private school said it had decided to continue the academic year with the aim of developing the student’s technical and academic skills, noting that school hours will be limited to activity classes that support the student and are developing talents.

The students’ families attributed the high absenteeism rate of their children to the end of the school year with the last exam they passed and the end of the curricula.

In detail, the guardian of two primary school students, Maryam Khamis Al-Naqbi, confirmed that she had received a circular from her children’s school stating that the school hours would be completed after the end of the final examination period, but she found no justification for this, given the end of the curricula and the school year.

She added that “school decisions may be for the sake of entertainment or to develop the student’s skills, but he needs a break after he has passed the final exams, which puts a constant psychological pressure on him and requires him to makes a great mental effort in revising the curriculum for a full two weeks.”

And the guardian of an elementary school student, Abdullah Al-Balushi, agreed, saying that “the student is automatically accustomed to the fact that the end of the school year is once he has completed the final exam period, especially since his school attendance is linked to his studies or exams.”

He stressed that he did not respond to the decision of his daughter’s school board, who explained to him that the school hours during the last week after the end of the final exams will be entertaining and will only work on the development of the student’s skills through of classroom activities, represented in drawing or developing acting skills, and other activities that stand out in the student’s skills, and distinguish his propensity for the hobbies that he wants to develop in the future.

The guardian of a second grade student, Souad Abdel Moneim, said she was unaware that the school required her to visit her son after the end of the exam period, leading her to book a ticket based on the date of the last exam Continuing school after the exam period is only intended to motivate students for artistic and physical activities.

On the other hand, the guardian of three primary school students, Asmaa Ali Al Hammadi, welcomed the idea of ​​finishing schoolwork after the end of the third semester exam period, especially as students with exam pressure went through a period where she felt bored and psychological pressure , and such recreational activities and the participation of their colleagues will be their hobbies The effect is positive.

In addition, a private school administrator, who studies the curriculum of the Ministry of Education, confirmed that the decision to continue the school year after the end of the final examination period for the third semester came to improve the technical and academic skills of the student. , to allow him to choose and focus on his hobbies, to develop his talents and to support him through activity sessions.

She emphasized that she should not stress the students’ school attendance, “the matter remains in the hands of the student’s guardian, and it is related to the degree of his desire to complete the last week of the school year and rather than sitting at home without any recreational or scientific activity.”