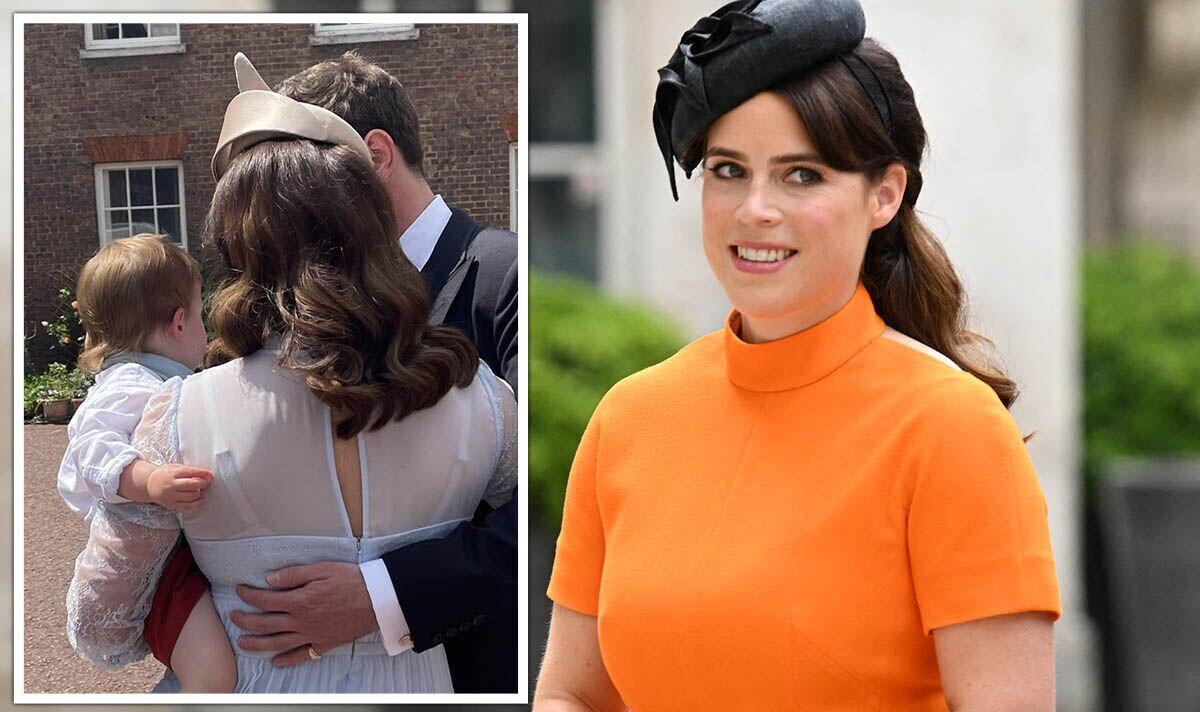 Princess Eugenie Shares A Sweet Moment From August On Pageant

The youngest daughter of Prince Andrew and Sarah Ferguson sparked a frenzy on Instagram when she posted several photos celebrating the extraordinary weekend of celebrations to mark the historic platinum anniversary. In her post, Eugenie thanked the Grandmother and Queen the Queen for her “servitude, selflessness and dedication”.

She wrote: “Thank you, Your Majesty, Grandma, for 70 years of service, selflessness and dedication.

“You are such a shining light to all of us.

“Just a final look at some of the epic moments from the most special weekend that I was so honored to have.

“From the birthday parade to celebrating with eden communities in Paddington for their #bigjubileelunch to showing Augie the colorful parade and ending with a loud cheer for this remarkable woman.”

Princess Eugenie shared an intimate post on Instagram as the anniversary drew to a close (Image: PRINCESS EUGENIE INSTAGRAM/GETTY)

Princess Eugenie and Princess Beatrice at a street party on Sunday (Image: PA)

The princess accompanied the post with several photos of some of the most poignant moments of the anniversary weekend – such as Her Majesty’s final balcony performance – as well as instant moments of Eugenie and Princess Beatrice’s presence at a street party.

Many royal fans were particularly drawn to family moments Eugenie shared, including a photo with her sister taken after the service at St Paul’s Cathedral and a photo of the princess hugging her husband Jack Brooksbank while holding their son August Philip Hawke.

Commenting on the intimate snaps, Instagram user kttheletters wrote, “Love that sister photo and your family photo at the end!”

nursecindy91 said, “It was a very special day because I believe the whole world.

Princess Eugenie with her husband Jack and son August at the Jubilee Pageant (Image: GETTY)

“And your little Augie is adorable, thank you for sharing him with us.”

Focusing on the August one-year-old, Brandibabb123 wrote, “Your little man is absolutely adorable!!!”

Social media user mandyrose_34 added: “Thank you for sharing these beautiful pictures of you and your family”.

And annedease from the States said, “Thank you for sharing your sweet grandmother and your lovely family. I may be an American girl, but God save the Queen!!!!”

Born on 9 February last year, August was one of the little royals who watched the People’s Pageant from the Royal Box near Buckingham Palace.

The adorable one-year-old also admired the RAF fly pass from the roof of a building in central London on Thursday, as seen in photos and a video his doting mother shared on Instagram last week.

Eugenie and her husband Jack were particularly present during the celebration weekend.

On the first day of the extended holiday weekend, they along with most of the working and non-working members of the Firm watched the Trooping the Color parade from the Major General’s office overlooking the Horse Guards parade.

The next day they attended the national thanksgiving service at St. Paul’s Cathedral.

In keeping with the pecking order, they sat in the second row, near Princess Beatrice, her husband Edoardo Mapelli Mozzi, Prince Harry and Meghan Markle.

On Saturday, the beloved couple sat among other royals to watch the extraordinary Party at the Palace concert.

The event was attended by several members of the Firm, including Prince George and Princess Charlotte.

Princess Eugenie and Jack with Prince Harry during the service at St Paul’s Cathedral (Image: PA)

The Queen was not there in person, but delighted the audience by participating in a skit featuring the bear Paddington.

Finally, on Sunday, Eugenie, Jack and their son watched the extraordinary procession with thousands of people, vehicles and dolls.

A few hours earlier, the princess disembarked with her sister to join revelers at a street party in the Westminster borough.

The royals were pictured speaking to those in attendance, trying to turn plates and bowling.