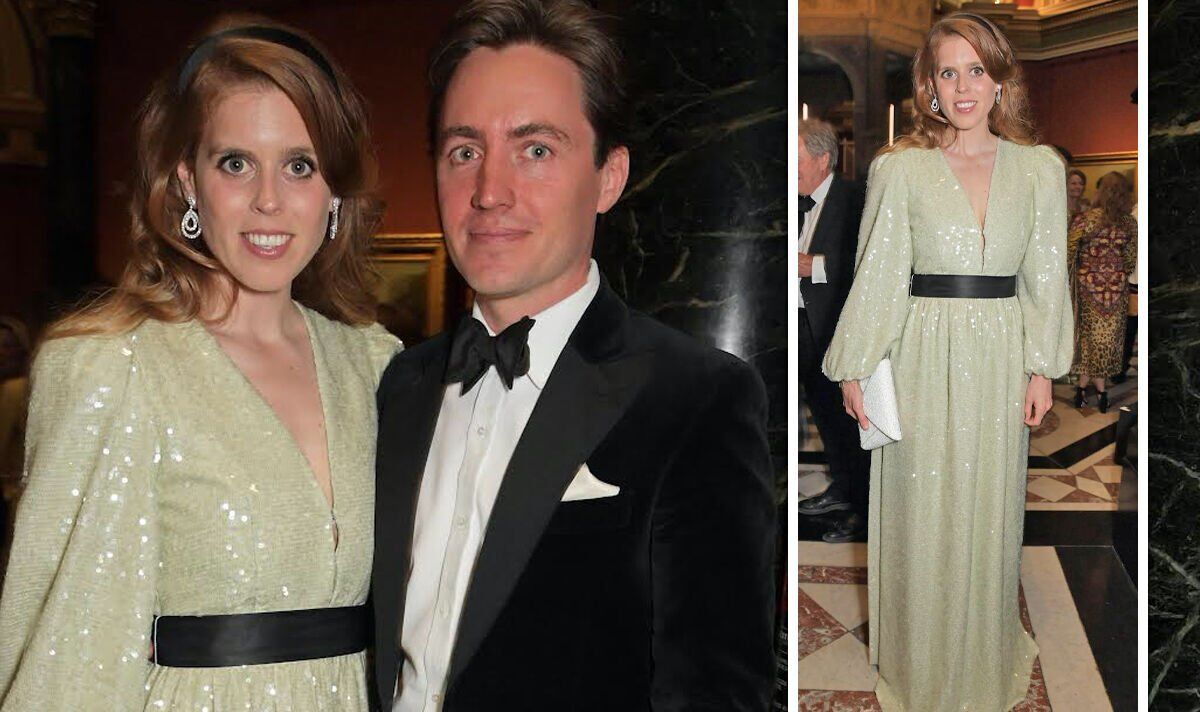 Princess Beatrice was seen in a sequined floor-length dress while her husband wore a black suit and bow tie for the event. The inaugural summer party and fundraiser for ‘The Alchemist’s Feast’ is being held for the National Gallery’s bicentennial campaign, NG200.

The pair attended the event along with creative director Patrick Kinmonth tonight, June 23.

Princess Beatrice was photographed in a glittering floor-length dress covered in tiny sequins.

The dress had a deep V-neckline and long bell sleeves.

It also had a black belt around the center, which tied Beatrice’s waist down.

Matching the belt, the princess wore a black headband, which gave her a youthful twist.

Her husband kept it simple in a traditional tuxedo jacket and white shirt.

It comes amid reports that Princess Beatrice and Princess Eugenie are unlikely to join the group of working royals, as Prince William is “definitely on the same page as his father” when it comes to slimming down the monarchy, it is claimed.

The daughters of Prince Andrew and Sarah Ferguson were back in the spotlight earlier this month as they attended several events to celebrate the Queen’s reign during the extended platinum anniversary celebrations.

READ MORE: Harry MUST apologize to William, but ‘too late’ to restore trust

Beatrice and Eugenie’s disgraced father is one of the royals who has been evicted from the Firm.

The Duke of York was due to appear at the Royal Ascot, but Prince Charles and Prince William are said to have stepped foot in the door at the last minute.

He did not show up at the event.