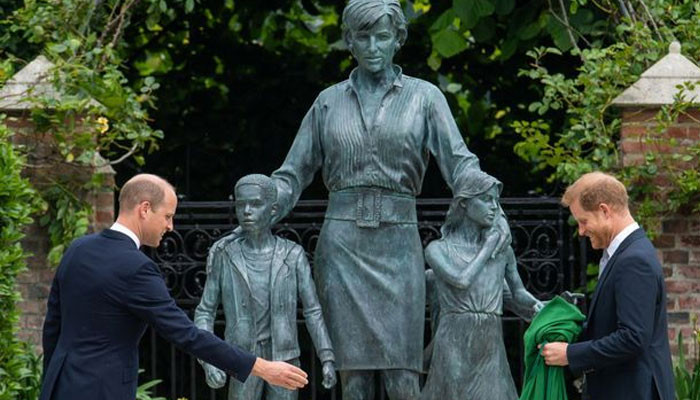 Prince William and Prince Harry had a comforting conversation when they got together last year to unveil a statue of their mother Princess Diana.

Today, on what would have been the Princess of Wales’ 61st birthday, lip reader Jeremy Freeman revealed a “brief but intriguing conversation” between the two princes. The mirror.

Freeman said a member of staff first gave the princes a quick briefing on how to unveil the statue of Diana.

“If you pull it, it slides down and falls, okay,” Freeman said, the man said before adding that Harry raised his arms before turning to his brother and saying, “We’ll be fine. “

While William thought about the veil adjusting the space, Harry reportedly said, “I didn’t want anything to go wrong.

“It’s important that we disclose it properly.”

Freeman added that the Duke of Cambridge had explained how to lift the veil from the statue before Prince Harry said, “Let’s pull it!”