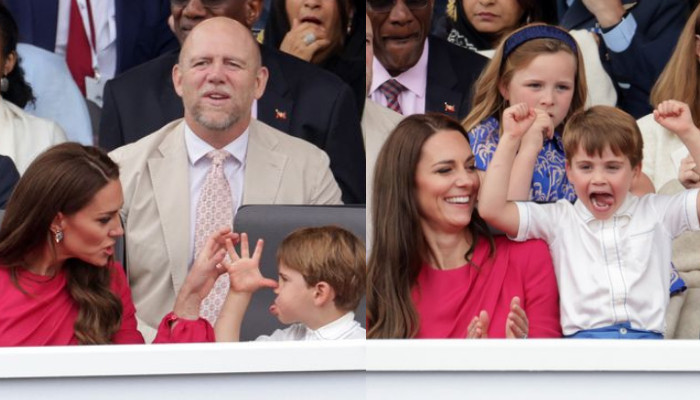 The youngest son of Prince William and Kate Middleton, Prince Louis, appeared to be having a royal blast on Sunday at the Platinum Jubilee Pageant at the end of the Queen’s Jubilee festivities.

From Mirror VKThe youngest child from Cambridge was seen sitting next to his mother, Kate Middleton, at the event, and the two were photographed engaging in adorable banter in their front seats in the royal box.

Kate, wife of British Prince William, was photographed watching her youngest, who at one point even blew a raspberry at his mother!

Prince Louis was also caught dancing in the box, before stopping eating what appeared to be a chocolate chip cookie.

The four-year-old was also pictured wrinkling his nose with his thumb in a funny gesture.

The royal box with Kate and Prince Louis also included Prince William and his other two children, Prince George and Princess Charlotte, as well as Prince Charles and Camilla.