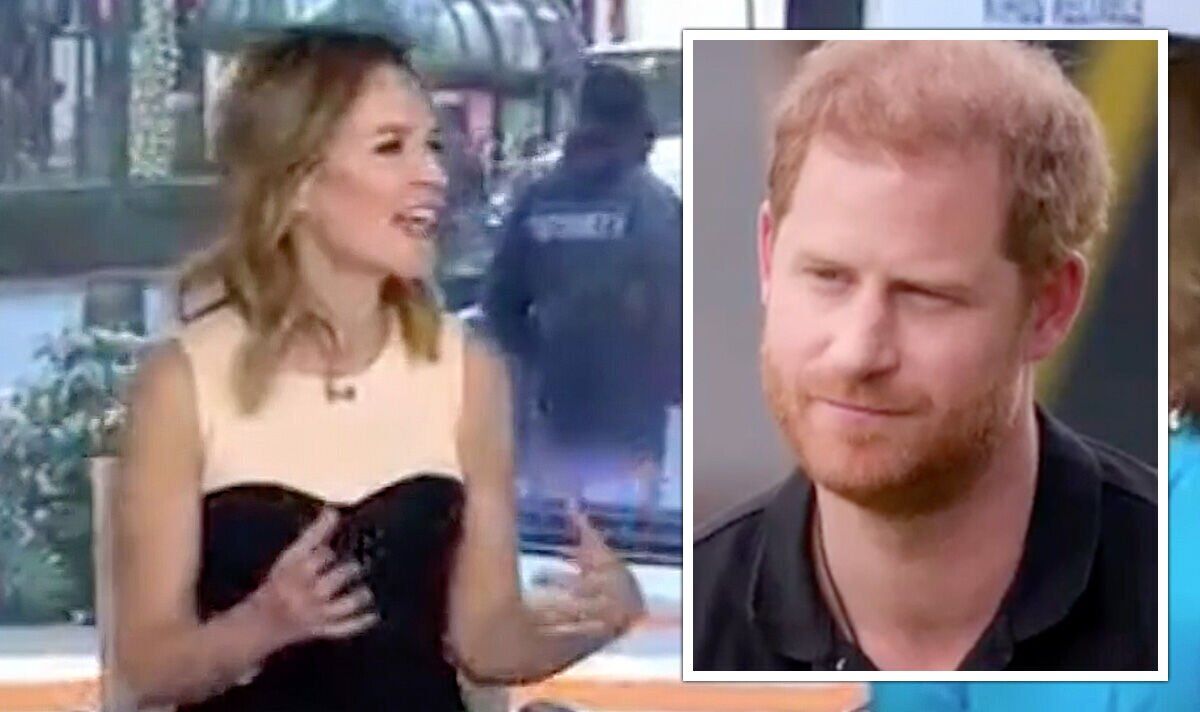 NBC’s TODAY host said it was “interesting” to watch Prince Harry refuse to reveal whether he missed his father Prince Charles or his brother Prince William. Ms Guthrie noticed the stub when commenting on the Duke of Sussex’s latest interview with her programme’s co-host Hota Kotb. She said: “It’s a fascinating conversation, I could listen to it all day.

“It’s interesting what he said and what he didn’t say.”

Ms Kotb agreed: “That’s what I thought, because of course there are a lot of problems with the family.

“And he was willing to share some of those issues and a lot of them, he stayed a little bit close to him. There’s still a lot to unpack.”

The NBC presenter asked Prince Harry if he missed Prince Charles and Prince William as they spoke during an exclusive interview this week.

He said: “For me, right now, I’m here focused on these guys and their families and I’m giving everything I can, 120 percent to them, to make sure they have the experience of a lifetime.

“That’s my focus here, and if I leave here, I’ll come back and my focus is my family, who I miss so much.”

Prince Harry was accompanied to the Netherlands by Meghan Markle, who returned earlier this week to their children Archie and Lilibet in California.

Before arriving in The Hague on Sunday for the opening ceremony of the Invictus Games, the Duke and Duchess of Sussex stayed in the UK and visited the Queen in Windsor.

Reports earlier this week also suggested the Duke and Duchess of Sussex could return to the UK later in the spring to attend the Queen’s Platinum Jubilee celebrations.

The Royal Family will mark Her Majesty’s record-breaking milestone over a four-day celebration weekend.

Prince Harry and Meghan Markle last appeared at a family event days before leaving the UK after stepping down in March 2020.

They have since taken up residence in Montecito, California, with their two children.