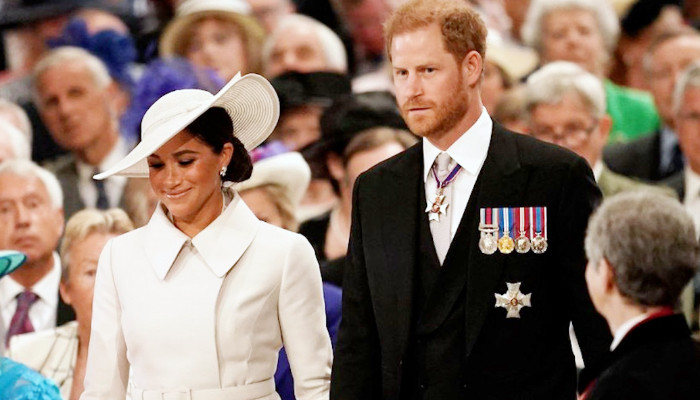 Prince Harry and Meghan Markle would be “completely excluded” from the royal family’s private celebrations during the Queen’s Platinum Jubilee weekend, according to a royal expert.

The Duke and Duchess of Sussex made a special trip to the UK last week for the Queen’s Jubilee, but were met with a rather ‘frosty’ reception by the Royal Family; they were barely seen with other senior royals, including Prince William.

Speak on the same on Sunrise Australia, Mirror UKRoyal editor Russell Myers suggested that both Prince Harry and Meghan were barred from the main royal group during their brief visit.

Myers said: “Prince Harry may have been a little disturbed by what happened because he was completely ignored.”

“There were some photos of them loitering inconspicuously at Trooping the Colours, the first event on the Thursday of the platinum anniversary celebrations. There were some long lenses of them mingling with the family, Meghan looked quite abandoned on her own,” he added.

Myers continued, “When I was just a few feet away from Harry and Meghan, when William and Kate came in, and Charles and Camilla, there was no eye contact at all.”

“We also understand that this was the only time they saw the family, there were no celebrations, no tea and cake going around. Looks like things are still very, very frosty. If Harry was looking for some kind of piecemeal, he was a long way from that,” he concluded.

Prince Harry and Meghan attended just one anniversary event over the four-day weekend; they came to St Paul’s Cathedral on Friday 3rd June for the Jubilee Service.