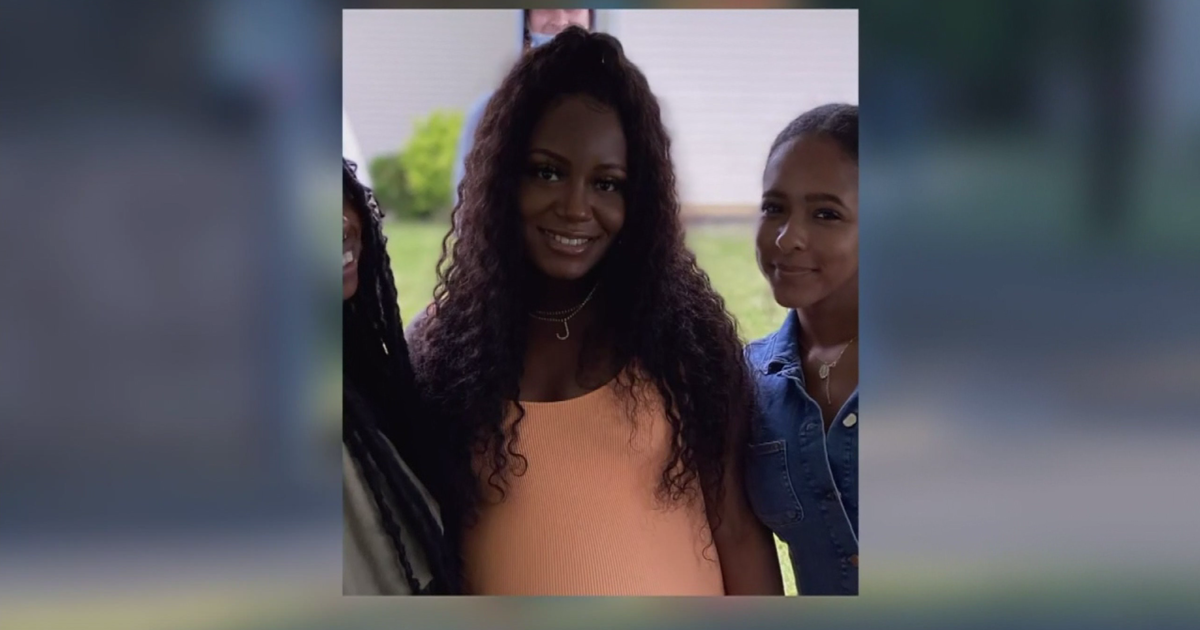 MORRIS, Illinois (CBS) – Police say a shooting that killed a woman Thursday in Morris, Illinois appears to have been completely random.

A 16-year-old boy has been arrested in the case. Meanwhile, CBS 2’s Charlie De Mar spoke with the victim’s family and friends Friday night.

Police say Beverley Lambert, 25, picked up her 2-year-old son Jace from a babysitter when the 16-year-old, armed with a gun, shot her twice in the back of the head.

At the end of Friday, a growing memorial was erected to Lambert in the Morris apartment complex where she was shot. She was described by those who knew her as a hardworking mother.

Those were just some of the words Butler used to describe her niece.

“It’s hard to fathom because she’s 25 years old — and she was actually picking up her baby — who her life was,” Butler said. “Meaned the world to her.”

Police said that at the time Lambert picked up her son, the 16-year-old was nearby and was trying to get a lift when someone told him to leave.

A short time later, he started shooting, shooting Lambert twice in the head and driving her car, authorities said.

“He just took a mother from their 2-year-old son,” said Lambert’s friend, Myriah Weatherspoon. “I think we’re all just like confused and just like hurt.”

It was a crime so brutal and unusual for the area that the Grundy County State Attorney is calling it a first.

Kennedy Williamson lives a stone’s throw from the stage.

Williamson saw the alleged shooter walk past her balcony just before the shooting.

“How he was looking for a lift makes me think it could have been me,” she said.

A widespread manhunt began after the suspect stole Lambert’s car. Police said they were able to track the 16-year-old to Joliet using license plate readers.

The 16-year-old has been charged with murder as an adult and his bail is set at $5 million dollars. Prosecutors say he has a criminal history.

A GoFundMe has been set up to help with Lambert’s funeral expenses.

Charlie De Mar is an Emmy Award-winning reporter for CBS2.