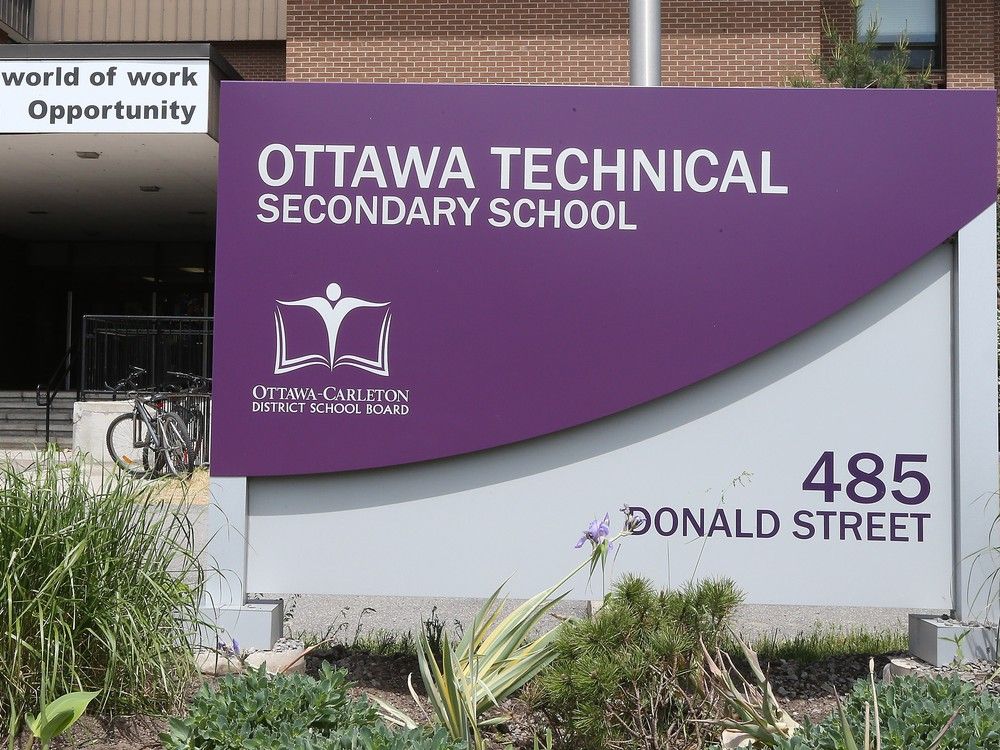 Ottawa police officers made four arrests Monday at the Ottawa Technical High School during an operation that was heavily policed.

More than 10 police cars responded on Donald Street, near Frances Street, after police were called to the scene at 9:45 a.m.

Police had asked the public to avoid the area as part of the investigation.

Around noon, the Ottawa Police Department announced that its officers had entered the school and arrested four people. The school, it said, was locked, although there was no danger to the public. By 7 p.m., the lockdown had been lifted, but the criminal investigation continued, police said. More details were not given at the time, but in the afternoon police had tweeted that they had received a morning call that a person at the school was in possession of a firearm. Nothing was found at the time, police said.