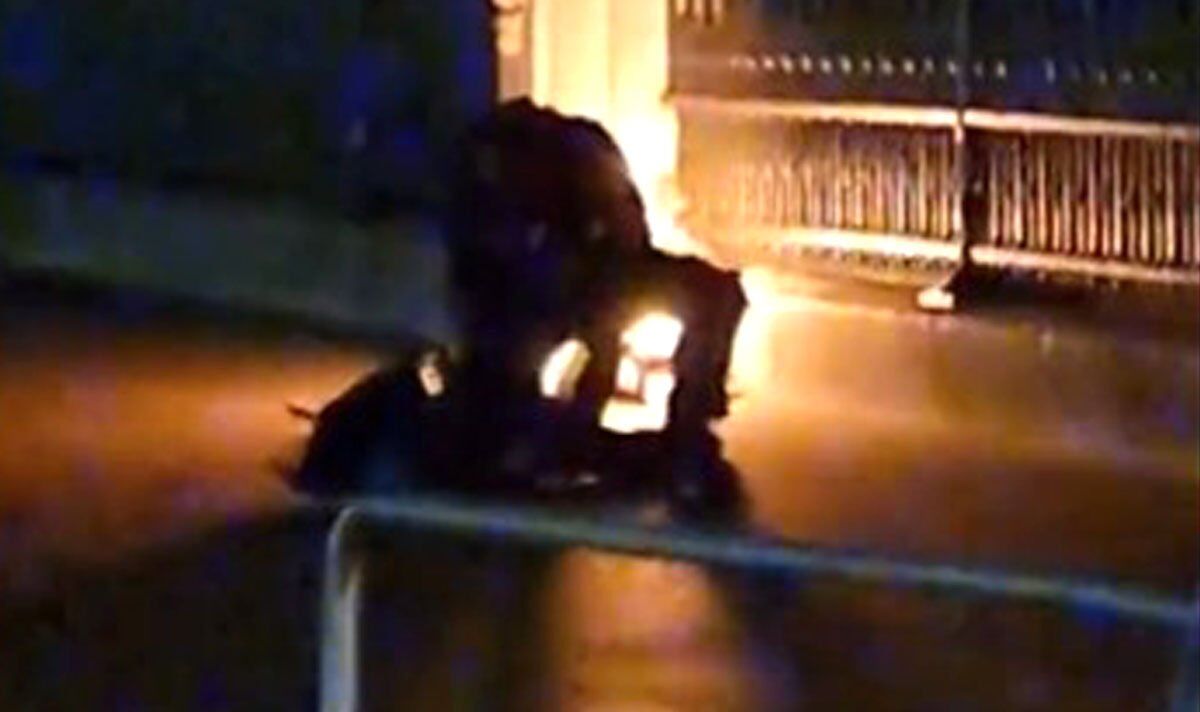 Footage shows the protester being tackled to the ground after starting a fire outside Buckingham Palace. The suspect is pushed against the front door gate of the London estate by a police officer before the pair struggle to the ground.

The police officer then manages to restrain the suspect before a second officer steps in to assist in the arrest. The motives behind the fire are not yet known.

The Met Police said in a statement: “Shortly after 10:08 pm on Tuesday 20 December, a 30-year-old man was arrested on suspicion of causing criminal damage after a small fire was seen at the gates of Buckingham Palace.

“The man has been arrested. The fire has been extinguished.”