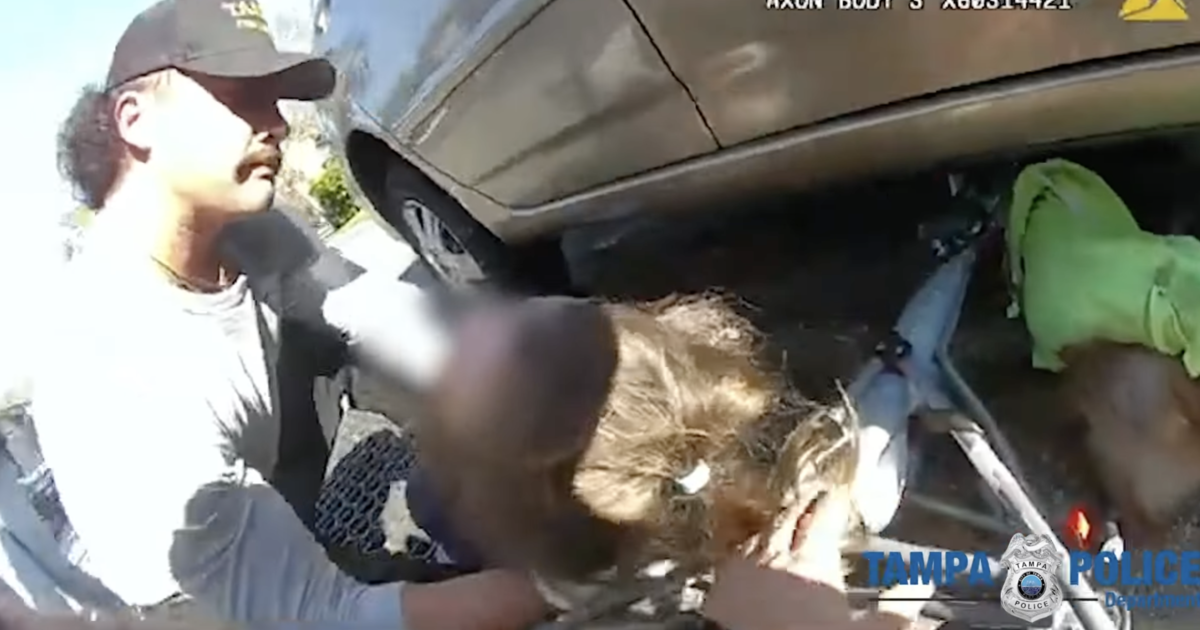 Police in Tampa have released bodycam footage of the rescue of a great-grandmother and small child trapped under a car after a driver ran them over as they were reversing out of a parking lot.

On Sunday, Tampa Police and Fire Departments responded to a report of a car accident involving a pedestrian in the parking lot of an apartment complex and found an 80-year-old woman and her 3-year-old great-granddaughter pinned under a Toyota Corolla. .

According to police, the two were on their way to the supermarket when a driver accidentally hit the two when reversing out of a parking space.

“After feeling a bump, the driver said he assumed it was a large storm drain and tried to move forward. When the vehicle did not move, he realized he had hit someone,” police said.

A group of unidentified Good Samaritans used a hydraulic jack to raise the car before first responders arrived.

Once on scene, Police Cpl. Lance Baker helped the woman trapped under the car breathe again by taking groceries from the store between the woman and the car, police said. Baker also worked with firefighters to cut the child out of her stroller before they could safely get them both out from under the vehicle.

In a statement, interim police chief Lee Barcaw Baker applauded his balance under pressure and suggested the 80-year-old and great-granddaughter are on the mend for the upcoming holiday season.

“We are proud of Cpl. Baker’s quick actions and composure under pressure as he helped this family,” Barcaw said. “We are grateful to the Good Samaritans and Tampa firefighters who also stepped in to ensure that this grandmother and young child have the opportunity to experience another Christmas this week.”

Thanks for reading CBS NEWS.