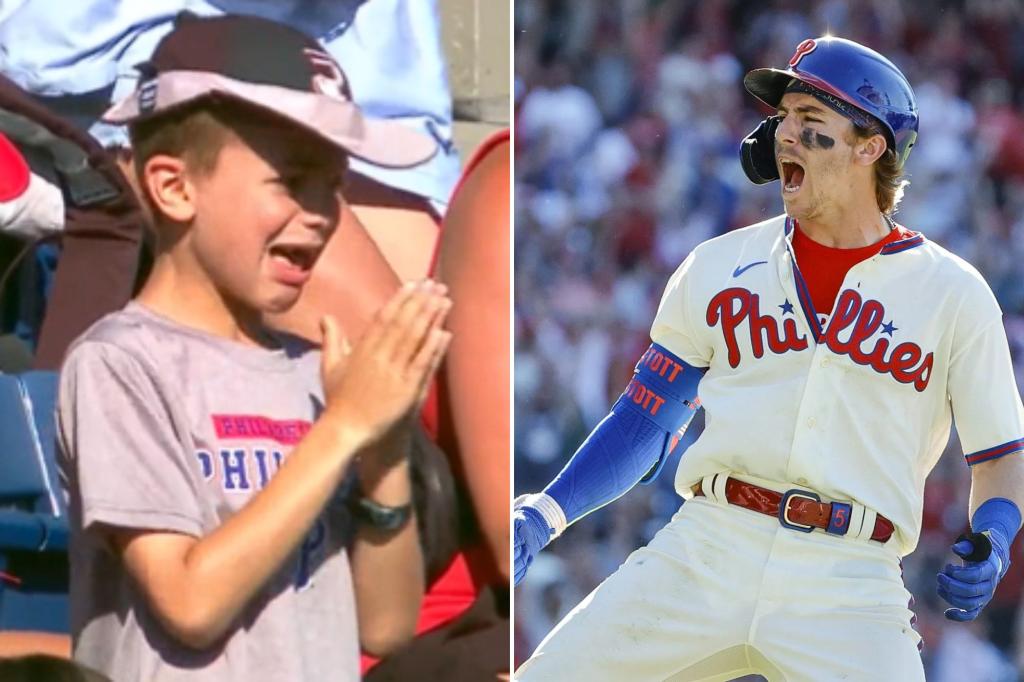 A young Phillies fan’s prayers were answered when Bryson Stott hit a home run against the Angels on Sunday.

As it was the bottom of the ninth, a 3-2 count and two outs, the youngster was shown on the broadcast clapping his hands in search of an answer. He got one when Scott’s three-run home run lifted the Phillies 9-7 over Los Angeles.

The fan, who wore an inside-out rally cap, jumped for joy as the ball went over the right field fence of Citizens Bank Park.

The thrilling Phillies win was good for their fourth in a row.

It was also the third game under interim manager Rob Thomson, who has an unbeaten record of 3-0 after taking over from sacked Joe Girardi Friday.

Los Angeles lost a 6-2 lead in the eighth inning before taking the lead again in the top of the ninth thanks to a single by Matt Duffy that brought in Tyler Wade.

With the score at 7-6, two Phillies, Alec Bohm and Didi Gregorius, reached base by single in the bottom of the ninth inning before Stott hit the game-defining dinger.

The Angels suffered their eleventh consecutive loss. And to make matters worse, Angels star Mike Trout extended his hitless streak to a career-worst 26 at bats.