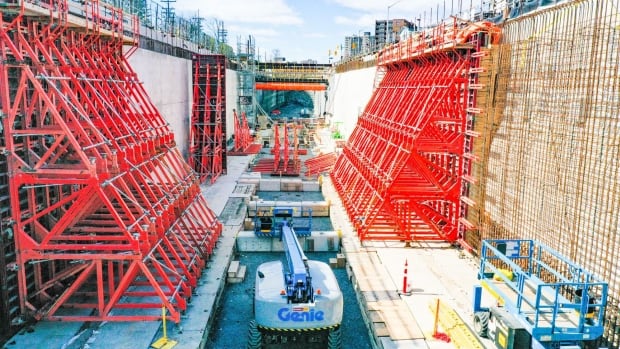 In the shadow of an ongoing public inquiry into the first phase of Ottawa’s light rail system, councilors from the city’s powerful finance committee have approved an urgent $60 million cash infusion for the ongoing construction of Phase 2.

Ahead of Tuesday’s meeting of the Financial and Economic Development Committee (FEDCO), city officials said the money is needed “immediately” for the construction of Phase 2 of the O-Train.

According to the staff, $25 million of that amount has already been used to replenish an emergency fund that is nearly depleted long before any of the three rail extensions have opened.

The other $35 million is needed to move utilities after it was determined that an unexpected number of water and gas pipes had to be moved during construction, staff said.

Menard criticized the public-private partnership (P3) model used to build Ottawa’s LRT system and other major projects, including Lansdowne Park, and asked staff if a rethink is underway at City Hall.

“We have repeatedly seen that such large P3 projects fail to protect the financial and operational interests of the city,” Menard said. “At what point will we stop recommending this large P3 model that poses such a risk to us?”

Ottawa Mayor Jim Watson intervened, telling Menard, “Ultimate councilor, that will be a council decision, not an employee decision.”

Their exchange escalated from there.

Menard: “I really hope we get a more professional analysis, Mayor, from our staff”

Watson: “I have faith in our staff and I don’t think it is wise human resources policy to publicly denigrate them.”

Watson: “You called their presentation ‘unprofessional’.”

Menard: “No. I’m asking our professional staff, not you, to come back and talk to us about the risks of P3s.”

The motion was eventually passed unanimously and will now go to the full council for approval on July 6.

The $60 million would be funded primarily through debt, the staff said, noting that any additional financing needs for Phase 2 LRT will be reassessed in 2023.

The request for more funding comes as a public inquiry is examining the financial and technical transactions during Phase 1 of the LRT in detail. The investigation learned in public hearings that the $2.1 billion price tag for the Confederation Line’s original trunk and tunnel was only an early estimate, but politicians began to view it as the budget the project had been held for.