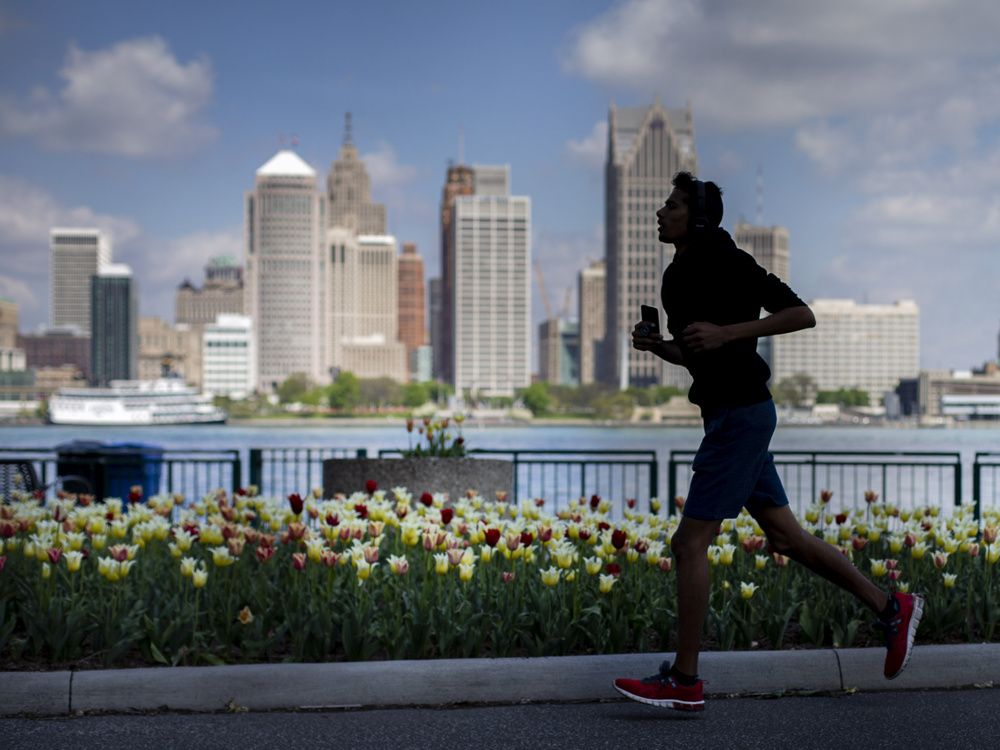 DETROIT, Michigan – You never quite know what you’ll encounter when you drive into Detroit on a quiet Tuesday night as June draws to a close. I hadn’t been to the Motor City since 2018, and that year I spent my time between a suburban hotel, a Target suburb, and a suburban sports complex. I functioned and competed in a karate tournament, so it would be fair to say that I didn’t see much of the city. Four years and a pandemic later, I can report that despite the blows, Detroit has a lot of charm and beauty to offer. Kind of like the country it’s in, thanks to individuals refusing to give up the American ideal.

I’m not particularly patriotic. Days like July 1 or July 4 are terrible excuses at best to stuff your pretty face with hanging hot dogs and cheap beer. I don’t think either country should be in a party mood. In Canada because of the kids we still haven’t identified, buried near residential schools, and in America because it’s starting to feel a little too close to Gilead.

I am Canadian by birth and citizenship, and American at heart. I have traveled around the United States, driving back and forth since I was a small child. I have big problems with where the culture wars are taking the country, and I can’t believe that despite the vicious jokes that the Trump party represents, the Democrats have nothing but timid incompetence to offer.

But as I strolled the streets of a revitalized downtown Detroit, I saw a lot of hope. Despite real hardships and challenges, the candle has not been extinguished. What makes this country great is still there. It’s in the love you feel when you walk into an inclusive coffee shop, in the empathy you experience when people smile at each other without judging those who look or sound different, and in the generosity you see in public art in unexpected ways. see corners.

As my regular reader knows, I spend a lot of time in Huntsville, Alabama. Although it has recently surpassed Birmingham as the most populous city in that state, it is still small. But it has the heart and mindset of a much bigger place. The openness and possibilities too.

This explains why I spend so much time there. But it’s not just me; US World and News Report recently named Huntsville the best place to live in the entire country.

In April, I attended a Rock the Vote event hosted by Huntsville’s formidable community-building organization, the Committee of 100. In attendance were candidates of all stripes and colors, from the Trumpist to the progressive (well, to Alabama, anyway). Everyone in the same room, everyone welcome to talk and discuss and ask questions, everyone is eager to exchange ideas and have fun. I have been to many political events in my time, but I have never been to such a welcoming event.

One man I met there is Chad “Chig” Martin, who grew up in a peanut community and who decided to defy great odds against him and become governor with limited funds from ordinary citizens seeking change. Seeing no candidate he could support, Martin thought he’d mention his name and give it a shot. He did not win his party’s nomination. But as he says, “What I’ve learned is that you can only fail if you really try to achieve something.”

I would say that what he has done is hardly a failure. Because it shows what can be achieved when good people work hard and refuse to stop doing what it is that makes their community – and their country – the best it can be.

Today, as people strip down their hanging hot dogs, I want to say, please don’t ever let go of those ideals. My heart depends on it.

Brigitte Pellerin is an Ottawa writer who regularly travels to the United States.