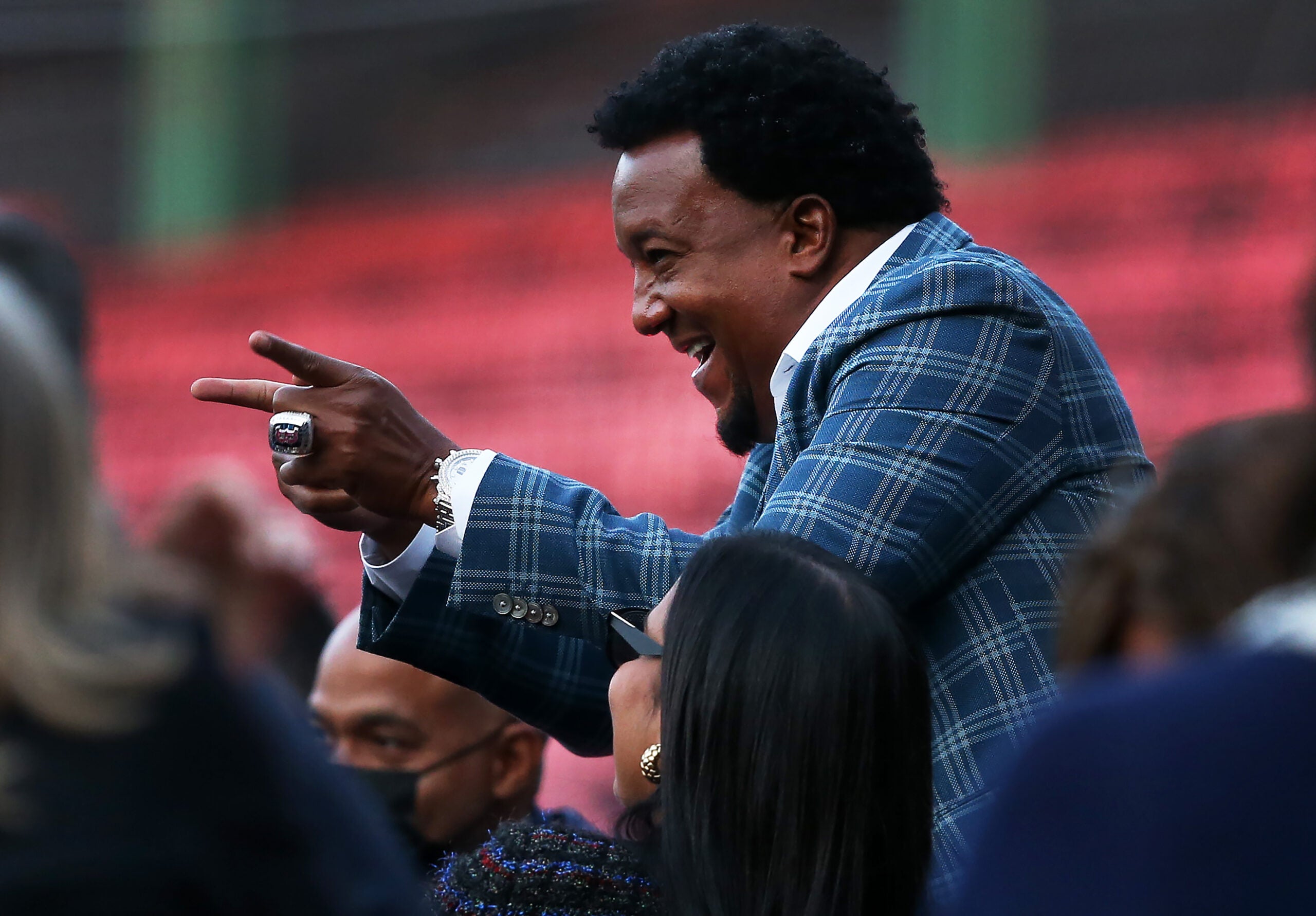 When Pedro Martinez reflects on the final playoff streak of his Red Sox career, the thrill of helping bring a World Series trophy back to Boston for the first time in 86 years hasn’t faded.

“You know I’m still walking on a cloud,” Martinez said in a recent interview about the legendary 2004 World Series win. “It’s like it was yesterday. It will never disappear from my mind.”

“Just the fact that I was one of the 25 guys who were there to take it home to Boston fills me with pride and satisfaction,” Martinez added. “We finally got it done after 86 years of waiting.”

The championship win crowned what was already a storied Boston career for Martinez, who won two Cy Young Awards with the Red Sox and posted the lowest ERA in the league four times in seven seasons during his time with the team.

Now a baseball analyst for TBS, Martinez still has a strong presence in Boston, thanks in part to his charitable work. Founded in 1998, the Pedro Martinez Foundation has been committed to providing children with athletic and educational opportunities (both in the United States and in Martinez’s native Dominican Republic).

“Thanks to God we have been able to influence many lives,” Martinez said. “Even though it wasn’t mentioned often, we did a lot.”

The foundation’s newest event, “Feast With 45,” offers Boston sports fans the chance to not only mingle with Martinez and other Boston sports figures past and present at Fenway Park, but also enjoy food from some from the best chefs in town.

The party starts on Sunday, June 5 at 11 a.m. It is the foundation’s first major event since the start of the COVID-19 pandemic. Martinez remains a central figure in the foundation while his wife, Carolina, is its chairman.

“We’ve missed it so much,” Carolina said of the foundation events of the past few years. “We just missed the opportunity to share time with the Boston fans and get people to come and have fun while making a difference in children’s lives.”

Charlie McAvoy of the Bruins, Justin Bethel and Cody Davis of the Patriots will be on hand to represent other local teams. In addition, a strong cast of former Red Sox players (Tim Wakefield, Jim Rice, Jarrod Saltalamacchia) will be in attendance along with Martinez. Perhaps the most notable name, other than Martinez himself, is fellow former Cy Young Award winner Roger Clemens.

Despite their on-field rivalry during the heated Red Sox-Yankees games of the late 1990s and early 2000s, Martinez said he now has a strong friendship with Clemens.

“I remember telling Roger how much I admired him, how I wanted to mimic my mechanics like his when I was a little kid,” Martinez said. “I wanted to be like Roger Clemens and every time I got the chance to pitch and… [pretend to] someone, I would choose Roger Clemens or Dwight Gooden or Nolan Ryan.”

Martinez said that when he told Clemens how much he idolized him as a younger pitcher, “He started crying because he couldn’t believe I was really following him so much, that I was such a big fan of his.”

“Since then we have become very close and good friends,” explained Martinez.

In examining current trends in baseball — and how strikeout totals have been steadily increasing for years — Martinez acknowledged that he’s been thinking about what it might be like to pitch in the current era. Martinez, who was known in his prime for having multiple dominant pitches, finished his career with 3,154 strikeouts (ranking 13th all-time).

“I can’t help it,” Martinez confessed.

Get the latest baseball season news and analysis delivered to your inbox.