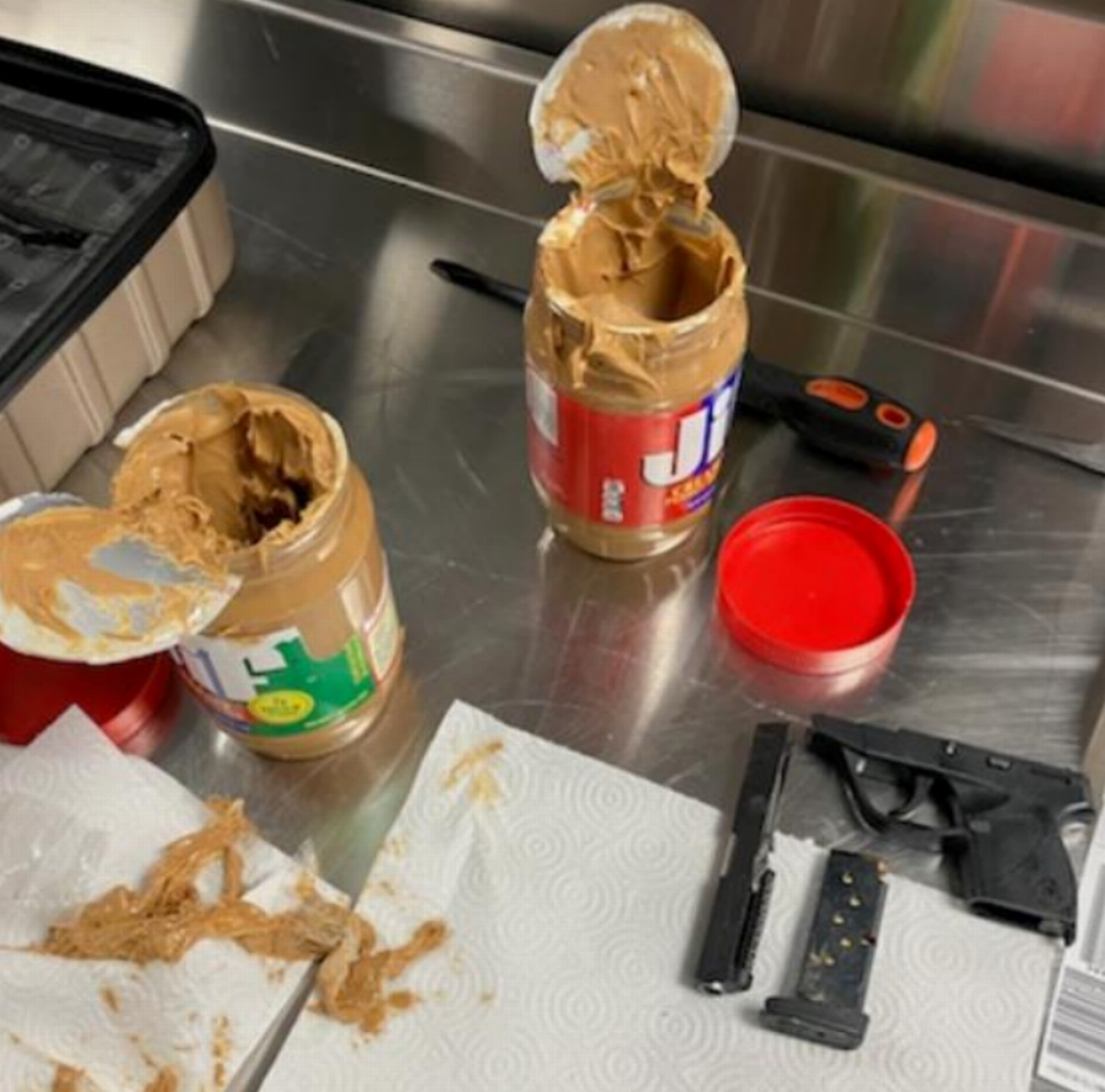 Jars of peanut butter stashed in a traveler’s checked luggage at a New York City airport set off an alarm that resulted in his arrest.

On Thursday, Dec. 22, TSA agents at John F. Kennedy International Airport opened checked baggage after an alarm went off when an X-ray was passed, according to a statement from the agency.

They retrieved two jars of JIF creamy peanut butter from the luggage, each of which contained bits of a disassembled semi-automatic pistol “artfully hidden inside,” the agency said.

The parts, including a magazine loaded with .22 caliber bullets, were wrapped in plastic and shoved into the peanut butter, according to the bureau.

When they found the weapon, officials contacted police who seized the weapon parts and tracked down the man who owned the luggage in an airport terminal, the agency said. The man, a resident of Rhode Island, was arrested.

“Our officers are good at their jobs and focused on their mission, especially during the busy holiday season,” said John Essig, the TSA’s federal security director for JFK Airport.

The man, whose name has not been released, could be beaten with a civil fine of up to $15,000, according to the TSA.

To legally carry firearms on an airplane, they must be placed in checked baggage, properly packed and unloaded, and declared at the check-in counter, the agency said. The person controlling the weapon must also have a valid permit.

Earlier this year, officials at a Pennsylvania airport discovered vape canisters and plastic-wrapped marijuana hidden in a jar of peanut butter after an alarm went off, according to previous McClatchy News reporting.

So far in 2022, 6,301 firearms have been intercepted at airport security checkpoints, surpassing the previous record set in 2021, the TSA said. Eighty percent of the firearms found were loaded.

69-year-old falls off dock and drowns in icy Lake of the Ozarks, Missouri, officers say