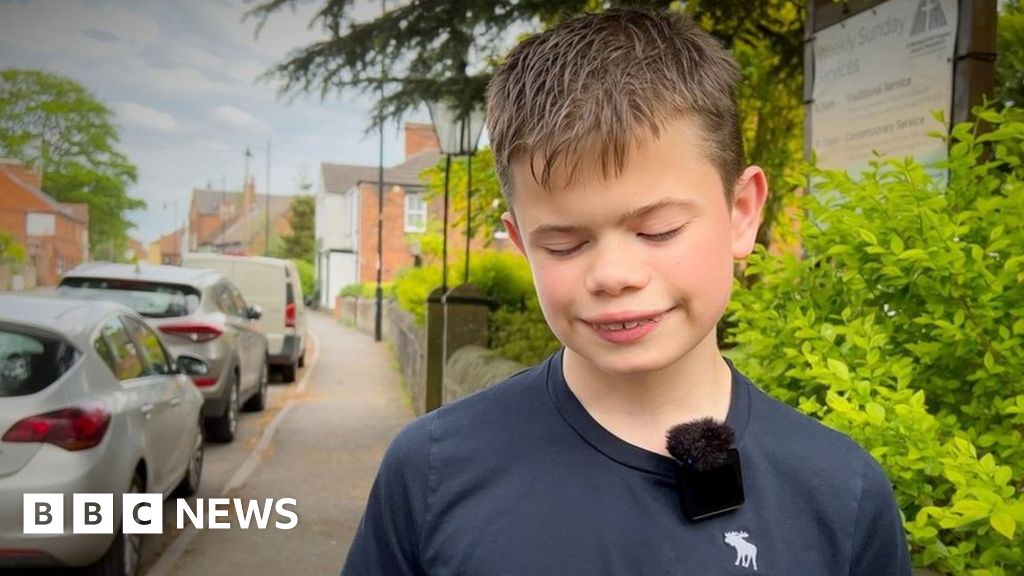 A 13-year-old boy, who is blind, wants to make people aware of the problems caused by parked vehicles on sidewalks.

Ted, from Nottinghamshire, has Stickler syndrome, which caused his retinas to detach, leaving him blind at the age of two.

Ted, who is learning to walk with a cane, said, “I don’t feel safe going outside when I might have to walk right on the road around a car.”

Pavement parking has been banned in London since 1974, but there are petitions to make it illegal elsewhere.

A spokesperson for the charity Guide Dogs said: “It’s time for the UK Parliament to draft a new law to end curbside parking and keep all pedestrians safe.

“Parking on the sidewalk is one of the biggest obstacles preventing people with visual impairments from going outside. Without a clear law, little will change.”