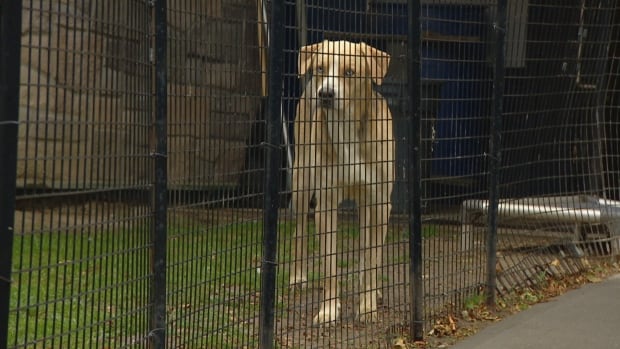 Growing numbers of animals looking for new homes in Toronto as owners who bought pandemic pets go back to work at the height of COVID-19 – or struggle with rising costs to care for them, city officials warn .

According to Toronto Animal Services, a city-run agency, the number of pets entering shelters is up 63 percent this year compared to the same period in 2021.

“We get a lot of calls from people who have to drop off their animals. It’s been all day, every day since our phone lines opened,” says animal health technician Anneke Miedima.

“We currently have a lot of animals in the shelter and we have a long waiting list of people trying to get their animals in.”

In the first half of 2021, 520 pets were handed in to the organization. At the same time this year, 845 pets were brought into the shelters.

The increase is due to the lifestyle change for pet owners following the lifting of pandemic measures, along with the rising cost of living, said Esther Attard, the director of Toronto Animal Services.

“The price of food, everything has gone up. So so has the price of pet food. Vet care could be less accessible. There are fewer vets. There is a shortage now,” Attard told CBC Toronto.

“And so people may find it harder to get their pets inside.”

Attard says the increase is also partly due to several situations where pet ownership in the city got out of hand, including one case with 80 rabbits in a house and another with more than 200 rats.

“Then we have to go up a gear because there are too many in the house. It is not safe for people in terms of health to have so many animals,” says Attard.

City ordinances limit pet owners to a total of six cats and three dogs, according to Attard. She says the city will limit the number of rabbits and guinea pigs to four per household.

“That way we can avoid … huge problems around too many animals.”

“Prices are too high for pets,” said Taeon Chapman, who got his puppy Milo just over two months ago and brought him in to be microchipped and vaccinated.

“I feel like they’re human, it shouldn’t be that expensive. They should be under-priced by an amount that people can actually afford.”

Brenda Ford, who has had her dog Tiki for more than eight years, says it breaks her heart to hear that more animals are ending up in Toronto shelters abandoned by their owners.

“If you’re going to get a pet, you have to realize that it’s almost like having a child.”

Back at the shelter, Miedima says Toronto Animal Services is doing what it can to support pet owners who are experiencing financial difficulties.

“We are here to help and we are not the enemy,” she said.

“It’s all about being in the community, connecting with people and being more available that way as a resource rather than people taking their pets to a shelter,” she said.

“Because it’s much harder to rehome animals than it is to help them stay where they are.”