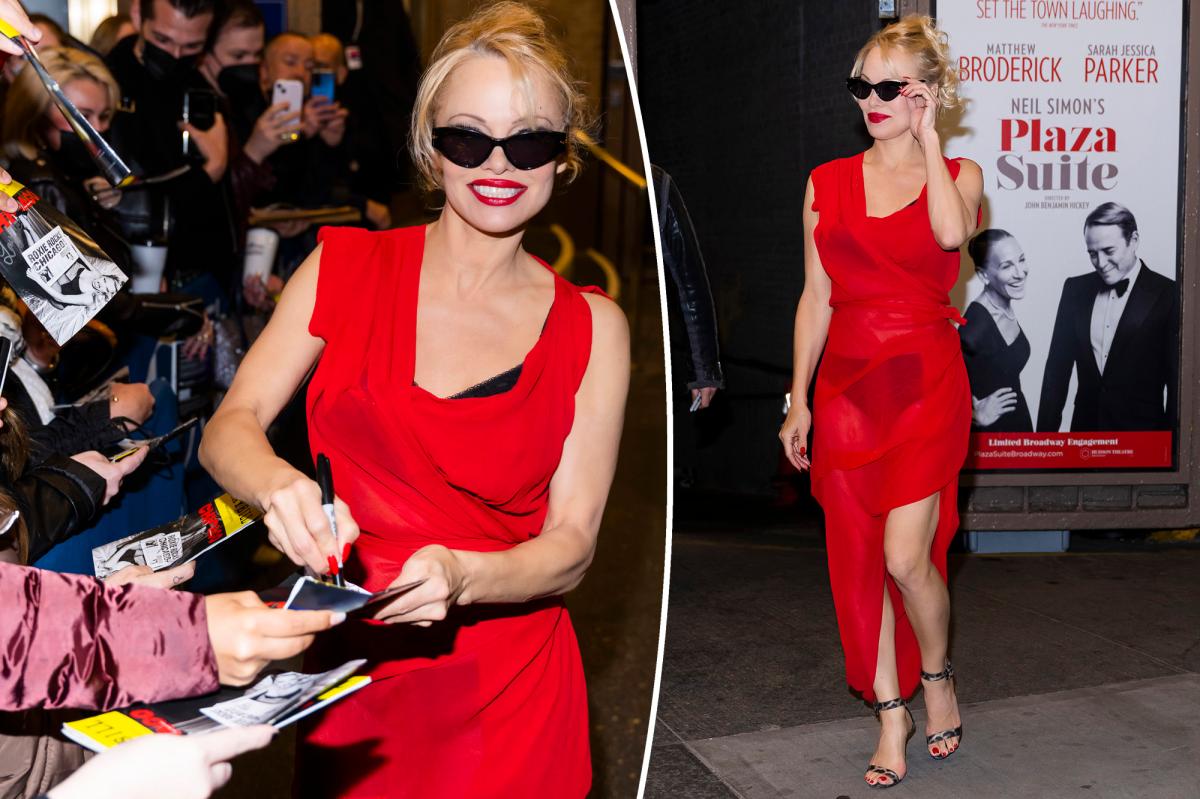 The former ‘Baywatch’ babe stepped out in New York City on Monday, wearing a vibrant red sheer dress over black slips and a matching bra.

Anderson, 54, also sported a bold scarlet manicure and pedicure — presumably for her role as Roxie Hart in Broadway’s “Chicago,” which premiered last week and will star with the blonde through June.

The ’90s icon topped off her beauty look with her signature updo, which has become a trendy look under Gen Zers.

“I’ve had a wild life to draw on, with many ups and downs. I never knew what I was rehearsing for, but looking back I see that I was preparing to do something more than I could even imagine,” Anderson told E! prior to her Broadway debut.

“There’s a vulnerability and strength in Roxie – I recognize that: overcoming hard times with humor and grace, being quick on your feet, being misunderstood by the press – and eventually turning even the most upside-down things into something good with the heart.”