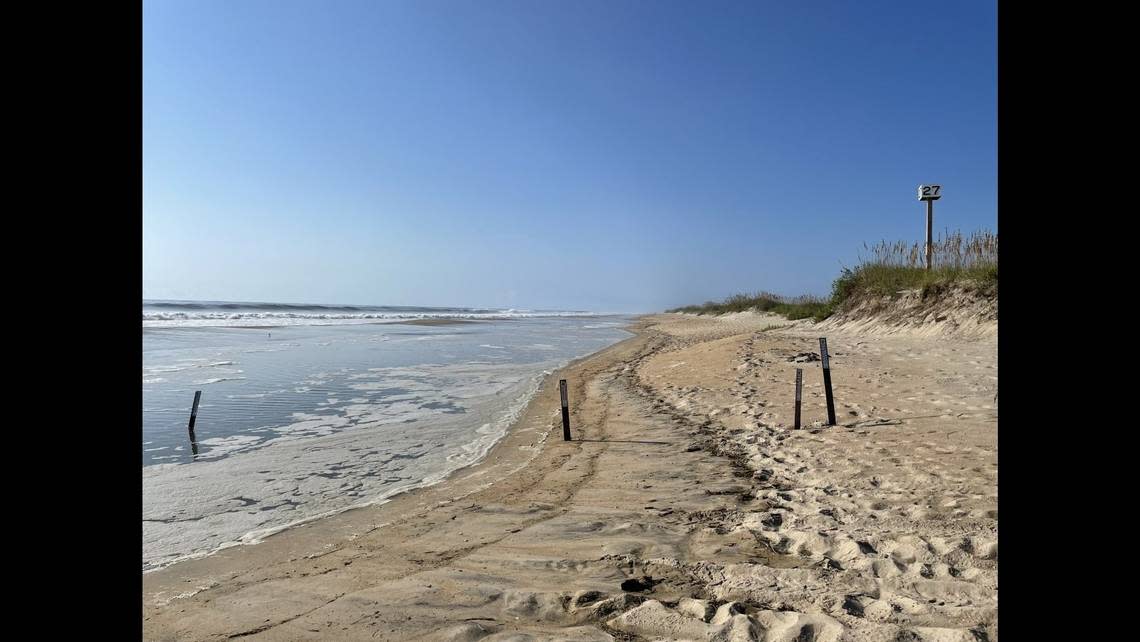 Bystanders rushed to rescue a struggling swimmer from North Carolina’s Outer Banks, but the man died after they pulled him to the beach, according to the National Park Service.

The man’s identity has not been released. He was from the nearby Outer Banks community of Buxton, Cape Hatteras National Seashore said in a press release.

Investigators say it happened on the afternoon of Wednesday, June 15, “on an oceanfront beach across from Sandy Bay on Hatteras Island.”

“A 66-year-old man collapsed on the beach after being rescued from the ocean by bystanders. The bystanders immediately began CPR,” officials said. “After arriving at the crime scene… Dare County Emergency Medical Services proceeded to perform CPR, which was unsuccessful.”

Investigators are calling his death a “medically related incident” rather than a drowning.

Cape Hatteras National Seashore is located in treacherous waters off the coast of North Carolina, where Atlantic currents from the north and south collide.

Localized rip currents are known to trap swimmers near beaches and quickly pull them out to sea. The phenomenon is often cited as the cause of drownings off the coast.

Say, clinging to a life preserver, had drifted far from the boat, Florida police say