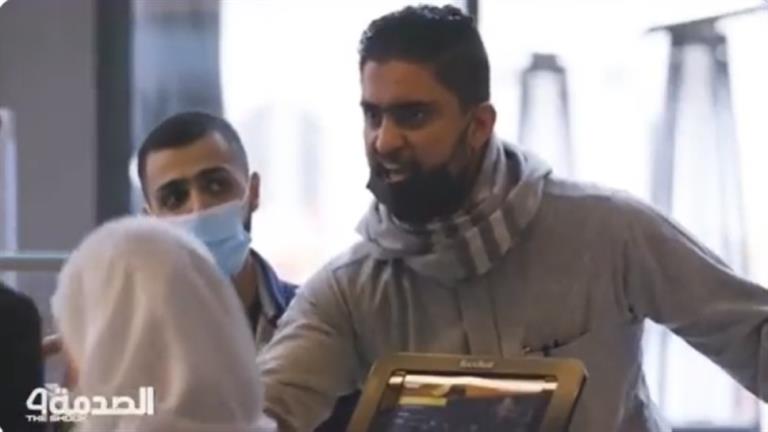 A video clip of the “Shock” program, broadcast on MBC and the Shahid VIP platform, has circulated on social media, and the circulating clip shows a Saudi citizen’s reaction to the abuse by an official of a cashier with him. works together for shoppers and passers-by.

The Saudi young man, who he described was provoked by the scene, was unaware that the program’s cameras existed or that what happened was planned in advance, so he went to the official and said, “Are you a manager? You don’t deserve to be a manager. Do you hear your face or not? Why are you humiliating our harem like that…”

In front of the official who insisted on abusing the cashier’s assistant, the Saudi young man said to him, “You, what are you? You are Saudi? Do not serve us this way.”

The scene sparked a lot of interaction on social media, especially Twitter.

The idea of ​​the shock program focuses on filming an unreal scene with hidden cameras, and the team waits for the reaction of passers-by around the scene, and the program has achieved great success in recent seasons as the new season coincides each year in the month of Ramadan.

Come on your face, you will humiliate our harem..

A word said by the young Al-Haili: Fahd Al-Yahya
In the joke show #shock after what you watch
The Kufi manager insults and humiliates a girl who works as a cashier. pic.twitter.com/c3DPkvmILv