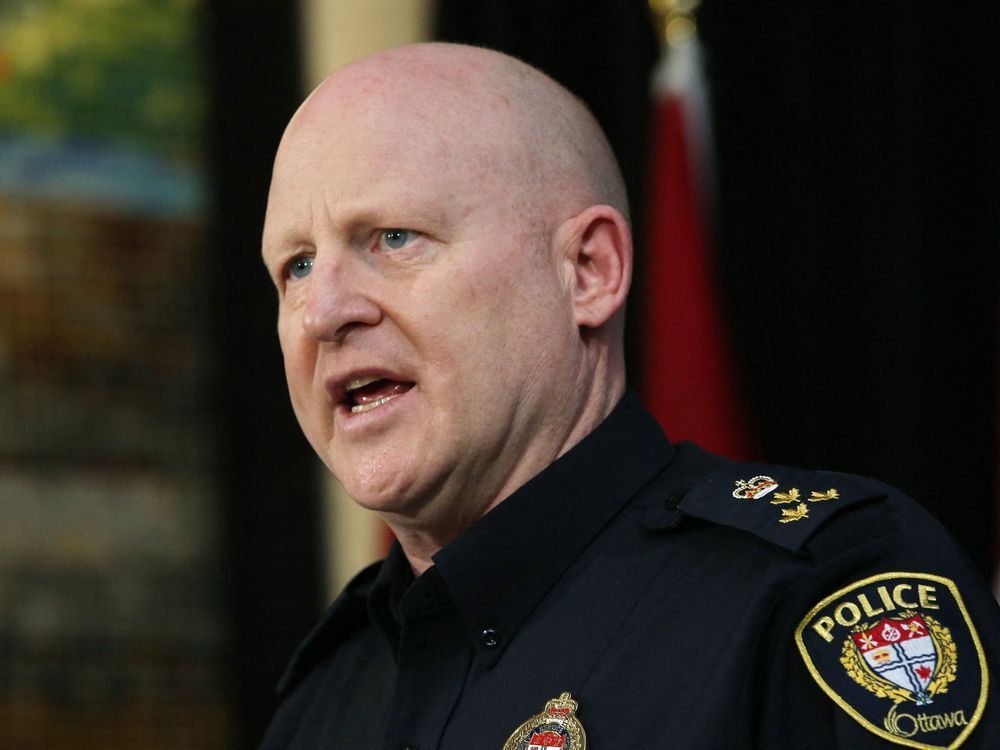 The powerful derecho that ripped through Ottawa earlier this month has put additional financial strain on the Ottawa Police Department’s budget and highlighted the staffing and recruiting pressures the service faces, police officials told the city’s supervisory board on Monday.

Early estimates, expected to rise, suggested that the OPS would have to pay at least $180,000 in overtime to its officers because of the storm. Steve Bell, the acting OPS chief, said officers patrolled the city after the storm and responded to more than 2,300 calls for help in the 24 hours after the storm hit.

It was another event in a long series that included the Eastway Tank explosion, the occupation of the “Freedom Convoy” and the “Rolling Thunder” rally, forcing the service to pay overtime that was not budgeted for.

Police personnel told the Ottawa Police Service Board that the federal government was expected to provide funding to pay the $38 million in “Freedom Convoy” surveillance costs and that the city of Ottawa is expected to help pay the storm bill. , but service representatives said the events have put a financial strain on the service.

They have also taken a heavy toll on the officers of the service.

“We also think about the well-being of the members (when we do) by bringing them in for these overtime hours,” said acting OPS deputy chief Paul Burnett. “We really need to look at our ability to provide a high level of security for the residents of Ottawa.”

Burnett said the OPS turned to partner organizations, such as the OPP and the RCMP, to fill critical staff shortages and that “everything was on the table,” including asking retirees to come back and take up services.

“There are gaps in our operational readiness that have to rely on members being called where we come in at the discretion of the officers,” Bell told the board.

The OPS is actively recruiting. The agency will hire 80 officers by 2022 to fill the gaps in its ranks caused by retirements and layoffs, with a focus on recruiting women and people from racialized communities. But the agency’s recruitment strategy has been challenged by the pandemic, the changing expectations of young people entering the job market and the negative attitudes and portrayals of the police, according to a presentation shown to the board.

Some of those negative attitudes stem from increased policing and research into societal systemic racism, particularly in the wake of George Floyd’s murder by a police officer in 2020.

The full report, available on the OPSB website, showed that of the 348 violent incidents in 2020 involving OPS officers, 118 were black people, 18 indigenous people and 50 people from the Middle East.

“This is a social problem,” Bell says. “There is the issue of over-policing in certain communities that are vulnerable and less advantaged. We have a social problem, but that doesn’t (excuse) the police for having that same problem in our own organization that we have our individual responsibility to identify, track down and fix.”

Jeff Leiper, a city council member and board member, raised the issue earlier in the meeting that such a report was expected to draw community participation, but relatively few delegations spoke at Monday’s meeting and none were scheduled to discuss the use of force data.

“I am struck by the lack of public delegations,” Leiper said. “The numbers in the violence use data report that we’re going to talk about now are mind-boggling, they’re eye-opening, they’re shocking, and we really don’t have a lot of public participation. in that discussion today.”

Board chairman Eli El-Chantiry said the board was still working on a hybrid meeting process that would allow community members to delegate remotely, but staffing and financial barriers held them back. Currently, delegations must attend in person, in the City Hall meeting room, although written contributions are also accepted.

At the beginning of the meeting, the OPS announced that the 2022 gala would raise funds for Màmawi Together, an indigenous community initiative working to “put reconciliation into action”, and YouTurn Youth Support, an organization that provides and supports services to youth and their families in violation of the law.