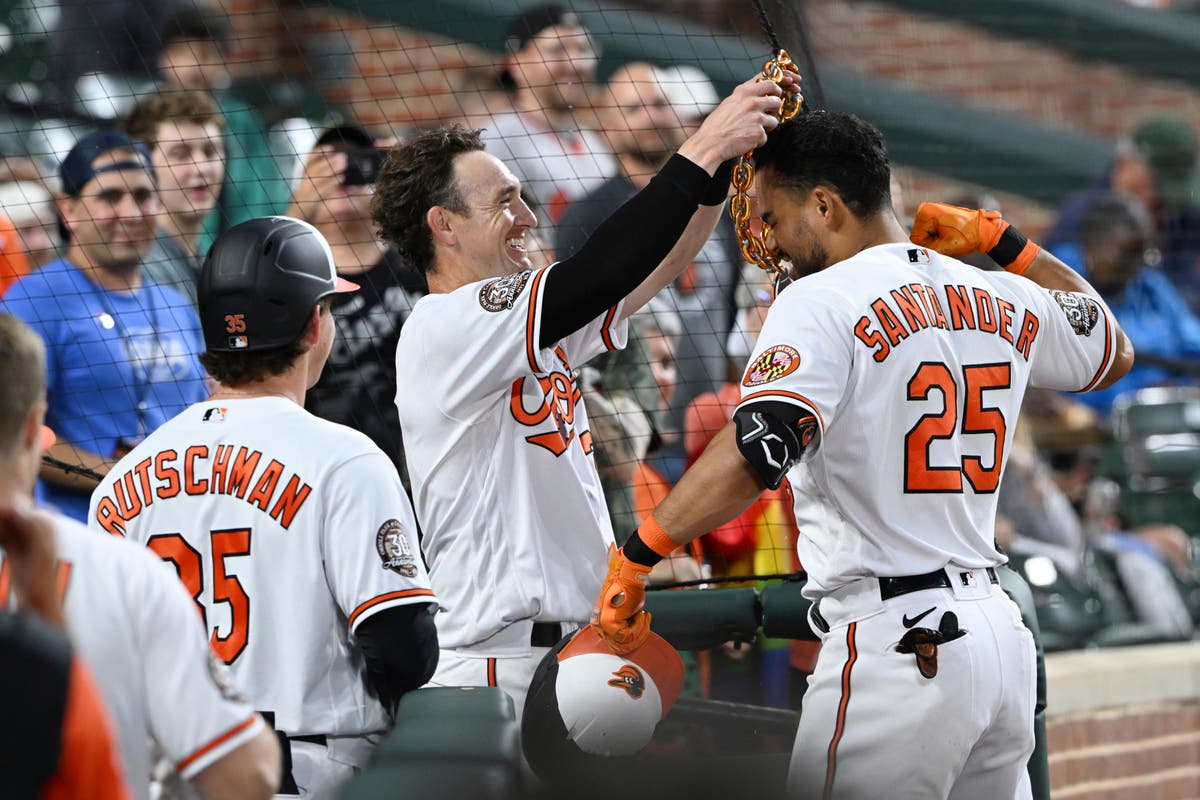 Austin Hays has become the sixth player in Orioles history to bat before the cycle, a feat he completed amid an ongoing downpour.

Facing Washington Nationals lefty Patrick Corbin on Wednesday-evening, Hays gave up an infield single in the first inning, hit a solo shot in the third and triple in the fourth. That seemingly gave the 26-year-old outfielder plenty of time to tackle the double, making him the sixth player in Orioles history to bat for the cycle.

But a heavy rainstorm stopped play for 44 minutes in the fifth inning after the game became official and Baltimore led 3-0. It rained again in the sixth, when Hays doubled to center Steve Cishek to complete the cycle.

The time was again called for the seventh inning as the rain had intensified.

The last Baltimore player to bat for the cycle was Jonathan Villar against the Yankees in August 2019. Before that, Brooks Robinson, Cal Ripken Jr., Aubrey Huff and Felix Pie completed the feat.