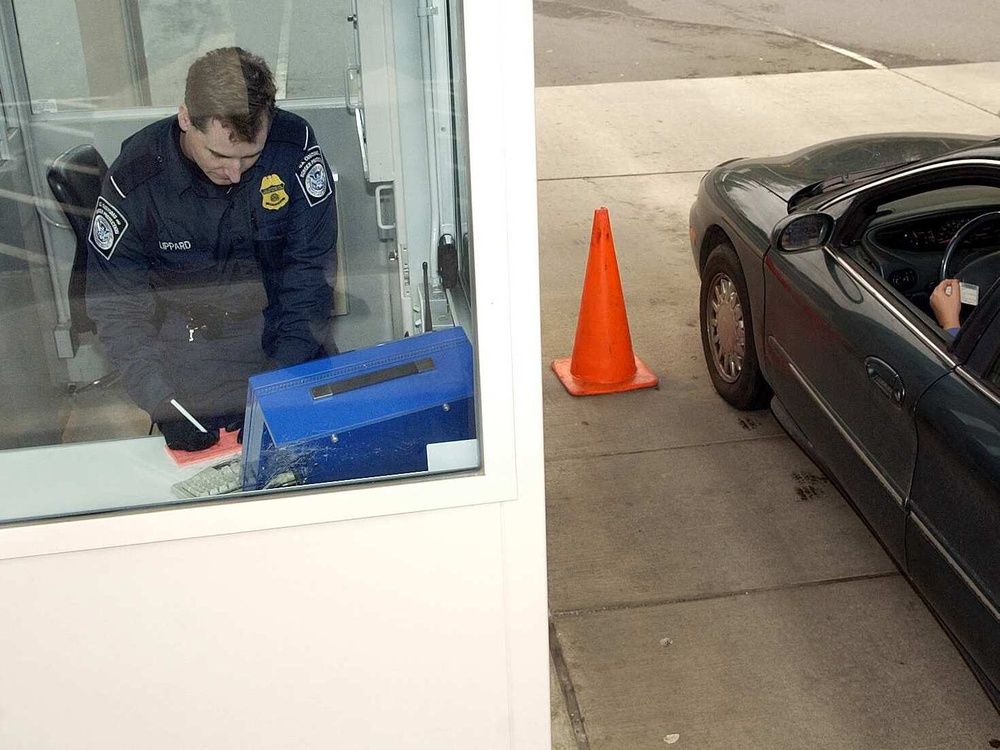 The Oregon man detained after police rescued a missing Edmonton girl is likely to appear in court on Tuesday, police say.

Edmonton residents breathed a sign of relief on Saturday when city police announced that the 13-year-old girl had been located alive in Oregon City, more than 1,500 miles from the home where she was last seen on June 24.

Forty-one-year-old Noah Madrano was arrested early Saturday by the Oregon Police Department and jailed on state charges, the FBI’s Portland Field Office said. Edmonton police have not released the man’s name, but said he will face charges in Canada for luring children, with possible additional charges as the investigation progresses.

In an email Sunday, Capt. Oregon City Police Department’s Shaun Davis said police reports have been sent to the Clackamas County District Attorney, who will review them Tuesday after the July 4 holiday and formally decide which charges should be filed.

After that, Madrano, who is being held in the provincial prison, will appear before a judge for arraignment, after which the prosecutor will refer the case to a grand jury – a group of citizens who determine whether to bring criminal charges against a defendant.

Postmedia contacted District Attorney John Wentworth for additional details, but did not hear back in time.

On Sundays, Portland community radio station KBOO tweeted to say it was investigating “disturbing information” about the alleged behavior of an on-air volunteer.

“We have taken appropriate steps regarding this person’s involvement with KBOO,” the station added.

Madrano is featured on a podcast app as the producer and co-host of a program that aired on KBOO. Postmedia sent an email address associated with the podcast, but has not received a response.

The most recent episode of the program — since deleted — features a segment where the host pretends to have phone sex with a teenage girl.

A girl’s voice can be heard on the recording, but it is unclear who she is and whether the voice has been modified or simulated. Post media asked the Oregon City Police Department if the agency is aware of the recording, but did not hear back at press time.

In response to an email from Postmedia, KatMeow Garcia, vice president of the KBOO board, condemned content that advocated abuse of minors and said the station was unaware of the June 13 segment before the show aired. .

She said the US Federal Communications Commission has “strict guidelines” for explicit content and that KBOO requires volunteers to undergo annual training on the regulations.

Garcia added that police have not been contacted and management has been instructed to cooperate fully with any investigation. The “volunteer in charge of programming” has been banned from the station and the episode has been removed from the station’s online platforms, she said.

“While this is highly triggering for myself and many other survivors on our station … it is important for the health and well-being of our listeners and community that we do as much as possible to investigate and do everything we can to mitigate the damage.” limit,” wrote Garcia.

Postmedia has also contacted the individual listed as the co-host of the show, but has not received a response.

Police in Abbotsford, BC, identified the couple via CCTV footage at the Sumas border crossing on Friday, though it remains unclear how they crossed the border and whether they did so together. US Customs and Border Protection did not respond to requests for comment.

On social media, the girl’s father said Sunday afternoon that she is resting with relatives in Oregon.

“There are so many questions to ask and so much information to work through, but right now the focus is on getting (her) home,” he wrote.

He also praised the community’s efforts to help find his daughter, calling the support “critical” for his daughter and the family.

“When I hugged (her), she told me she saw her face and saw the news,” he wrote.

“In her darkest moments, when she needed her family, she could see us and the overwhelming response of our community to bring her home.”