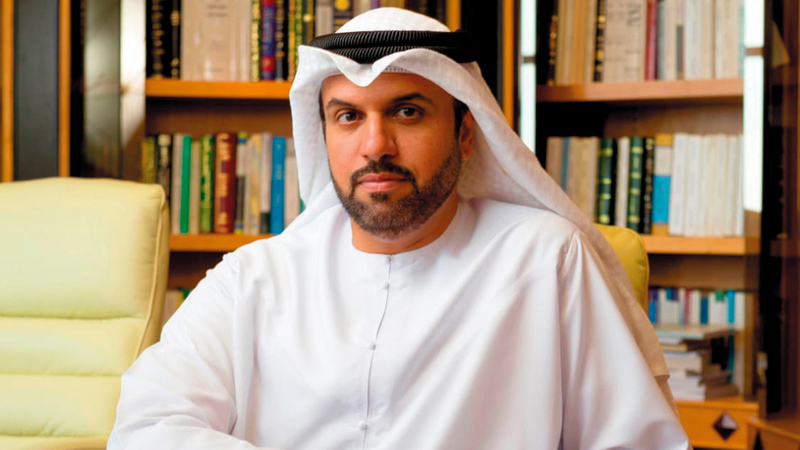 The legal advisor, Dr. Youssef Al-Sharif, warned spouses not to control family disputes that arise between them in the beginning, which would have negative consequences, up to divorce, destruction of the family entity and committing actions and behaviors that they will regret get in the future.

Al-Sharif emphasized that proving the fact of oral divorce takes place before the documentation judge in the Sharia court, as the husband is present before him and confesses in front of two witnesses, and then obtains a divorce certificate.

Al-Sharif presented in a new episode, presented on the “Emirates Today” platforms, to shed light on the recently enacted Personal Status Law, the story of a person who married his cousin 20 years ago and had five children by her . and she is still infallible and responsible.

The questioner said that about seven years ago, a dispute broke out with his wife, and he left the matrimonial home in the wake so that these differences would not increase, and he attached importance to the continuity of the marital relationship and the best interests of his children.

He added that in a moment of weakness during this period, he met an (Arab) girl, who works in a hotel, and the relationship between them quickly strengthened, and in strange circumstances he married her, as he felt at the time. that she was able to understand and restrain him, and relieve what he was going through their anguish and sorrow. †

He pointed out that his family was not happy with the differences between him and his wife, so they decided to step in and hold a peace council, and things went back to normal, but he couldn’t tell anyone in the peace council that he was dating another. wife was married.

The questioner continued: “It wasn’t long before differences of opinion arose between him and his (second) wife, believing that she had done a magical job for him when she learned that his relationship with his first wife had improved. condition he was planning to divorce her, wondering how to prove this divorce?

For his part, Dr. Youssef Al-Sharif confirms that the questioner can go to the documentation judge of the sharia court, in the emirate where he lives, accompanied by two witnesses who are aware of the divorce incident, and preferably his divorced wife, to acknowledge before the judge and release her with the testimony of the two witnesses, then a certificate of divorce is issued, of which he receives an official copy, signed by the judge and sealed with the seal of the Sharia court, and if the divorced woman is present, she also has a copy, and if she is not present, the questioner will announce her with this testimony.

Al-Sharif referred to clause No. (2) of Article 8 of the Personal Status Act, which facilitated these matters, and assigned them a judge. The item states: “The notarized judge is responsible for documenting the testimonies issued by the court, and the Minister of Justice, Islamic Affairs and Endowments lists procedures for certifications and their documentation.