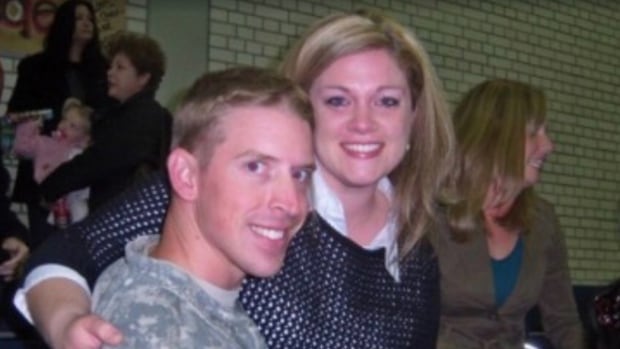 A woman from Kingsville, Ontario, is suing the U.S. military for damages, arguing that it was negligent and could have prevented the suicide of her ex-husband, a U.S. soldier, in 2019.

Kate Kemplin is a dual citizen who worked for the military in the 2000s and has studied both military suicide and traumatic brain injury. Kemplin, who was married to Sgt. 1st Class Michael Froede has filed two claims for damages on behalf of their two daughters.

“There’s really no excuse for Michael not to be alive now,” she told CBC News.

The claim originally filed by Kemplin in June 2021 alleges that Froede, who was assigned on active duty to the U.S. Army Intelligence and Security Command, died in Baltimore “after exhibiting documented symptoms for several months that were ignored and rebuffed by government and military command medical providers.” He was 36.

The claim also states that proper handling or intervention by the intelligence and security command would have prevented his death.

On March 17, the U.S. military denied her the right to file the claims, saying that the law does not allow derived claims, including those from family members or survivors “arising from the circumstances of personal injury or death of a member.”

Kemplin is appealing the decisions.

None of her allegations have been tested in court.

Kemplin, who is originally from Owen Sound, moved with her family from the US to Kingsville, Ontario, in 2019, six weeks after Froede’s death.

Hoping to set a precedent

Kemplin is aiming for approximately $1 million US per year of service for each of her two children with Froede, a 20-year military veteran. However, she said her actions are not about the money, and she wants to raise awareness while setting a precedent.

“She [the military] should be very ashamed of how poorly they have handled suicides within their ranks, and hopefully this will force a change and hopefully it will allow other families to do the same,” Kemplin said.

Froede’s mother, Joanne Wolff, who lives in Albrightsville, Pennsylvania, has also filed a $25 million wrongful death claim against the military with her other son, Alex. According to email correspondence between Wolff and the military, it has not yet made a decision on its claim.

Their efforts are important because historically, wrongful lawsuits were not allowed when addressed to military medical professionals.

Until 2021, due to a long-standing rule called the Feres doctrine, it was extremely difficult for active-duty military personnel to hold the government accountable for injuries and deaths, even when military physician errors were involved. However, the National Defense Authorization Act 2020 allowed for a crack in that doctrine.

By law, claims can now be made by an authorized representative on behalf of a deceased service employee.

Craig Bryan on the Feres Doctrine

Craig Bryan, a professor of psychiatry and behavioral health at Ohio State University, explains why cases like Kemplin’s are new. 0:41

Gary Barthel, a managing partner at the Military Law Center in California, said the doctrine’s original intent was to prevent military personnel from suing a doctor who had to perform triage in a combat situation under sub-optimal medical conditions.

“I personally have not had any cases that fall under this.”

CBC requested an interview with the US military, but instead received a statement by email.

Army spokesman Matt Leonard wrote that 18 false death claims have been made since the law went into effect, but no settlements have yet been reached.

He also said, “People are our number 1 priority, and we want soldiers, veterans and their families to know how to reach help 24/7.”

The investigation into the death of Froede

In the months leading up to Froede’s death, Kemplin said, Froede, who also had a documented brain injury he acquired while serving in Iraq in 2007, exhibited severe mental health symptoms, became increasingly paranoid, and made his plans for his death clear to a colleague.

Nurse scientist Kate Kemplin explains why she is taking action against the US military on behalf of her daughters. 0:49

She said she was questioned by army commanders and lawyers after his death, and she claims they have admitted guilt.

“Essentially, Michael was a spy for the United States military, working with some very sensitive three-letter agencies. And they let him wander psychotic and paranoid in the DC area with a very weak grasp of reality with national security secrets in his head. It defies logic. And they knew and did nothing,” said Kemplin.

“They literally sent him home to die.”

Froede signed off on leave four days before his death. According to the investigative report into his death conducted by the US military, the reason for his leave was to spend time with his daughters.

When he died, Froede was an active military intelligence collector assigned to the US military’s communications technology research activity in Washington. The investigation revealed that he had a history of anxiety and depression dating back more than a decade, according to the Army report, which Kemplin shared with CBC News.

The report includes a number of affidavits from colleagues whose names had been blackened, describing shifts in Froede’s personality, deteriorating mental health and heightened paranoia in the months leading up to his death.

Some colleagues noted that they were concerned that Froede might consider suicide, some pressed for support, and others noted that he’d seen a behaviorist, which seemed to help.

According to the report, his last contact with a behavioral therapist at the Barquist Army Health Clinic near Baltimore was five days before he died. The report said there was no evidence of any acute safety concerns at the time and that he was considered to have “no increased risk of harm to himself or others”.

The report also stated: “SFC Froede was well trained in providing a front for those closest to him and time and time again, even when asked, he stated that he posed no threat to himself or others.”

‘Our family is broken’: mother of deceased soldier

Kemplin argues that the investigation report makes it clear that military members knew Froede was in serious trouble and that they had a duty to intervene, but were unable to save him.

Wolff told CBC she is angry and feels ignored by the military since her son’s death.

“Michael was very needed for his job. He is one of the few people who can do it,” she said.

“They rode a good horse to death. They literally did that. They worked him until he broke. And they knew he had problems and they didn’t solve them at all.”

None of her allegations have been proven in court.

suicide in the army

Michel Drapeau, a retired colonel who practices military law and teaches at the University of Ottawa, explained that lawsuits or tort claims filed by relatives against the Canadian military are “very, very rare” as the process is usually long and expensive. .

He added that while there is a system in place to investigate a military suicide in the armed forces, families are not getting enough support to navigate the aftermath.

“If it’s a non-combat death, the family is normally abandoned,” Drapeau said.

Retired Colonel Michel Drapeau explains that while a commission of inquiry is normally convened following a CAF suicide, it can take years for a family to access its conclusions. 0:27

CBC requested an interview with the armed forces which was rejected.

But in an emailed statement, an armed forces spokesperson said the CAF is “committed to working with its partners to ensure our staff and their families have access to the resources they need,” and that it has a comprehensive mental illness awareness and suicide prevention program. †

In Kemplin’s case, this process is part of her family’s healing.

Her daughters are doing well, although it has been a traumatic and emotional experience.

“The ripple effects of a service worker suicide are incredible,” she said.

Kemplin described Froede as a fighter and a funny and smart man who loved his daughters dearly.

She told CBC News that she has no intention of giving up on her legal process, despite the latest denials of her claims.

“Hopefully in the future, families won’t have to fight the behemoth that is the US military to get fairness, especially in the face of such a wrongful death,” she said.

If you or someone you know is struggling, get help here:

This guide from the Center for Addiction and Mental Health describes how to talk about suicide with someone you are concerned about.