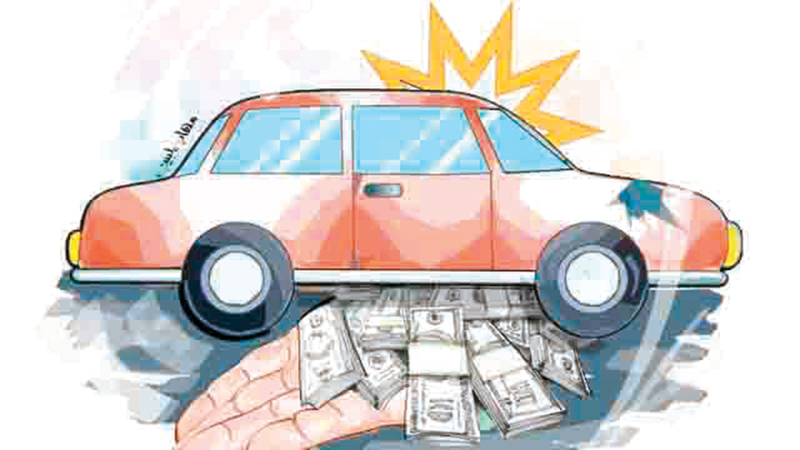 The owner of a vehicle for sale agreed to hand it over for three days to a young man who offered to research and test it before buying it, but he gave it back to him again after he got it. traffic violations during the trial of more than 15 thousand dirhams, while the Abu Tabbi family and civil and administrative lawsuits decided to drop the case.

In the details, a vehicle owner filed a lawsuit against a young man, demanding that a number of traffic violations registered in his name be transferred to the defendant’s traffic code or oblige the defendant to pay him 15 thousand and 170 Pay. dirhams with an obligation to pay fees and expenses, showing that the defendant took his car for a period of three days to examine it before buying it, but he infringed the amount of the claim.

The court, for its part, clarified on the merits of its judgment that Article (32) of the Traffic and Traffic Act provides that the licensing authority must be notified within fourteen days of any act of transfer of ownership on the motor vehicle. by the two parties to the order, and the owner of the first license continues to bear the obligations arising from the use of the vehicle until the license is transferred to the other party, while the Tenth Article of the Secretary of the Interior Resolution No. 178 of 2017 regarding traffic control rules and procedures states that the concerned authority shall notify the vehicle owner of the details of the offenses recorded on the vehicle. He must warn the driver who committed the offense to visit the concerned authority within one month of the date of the notification to pay the fine and charge him with traffic points.

The court indicated that the pleadings contained no evidence that the plaintiff had paid the value of the violations to oblige the defendant to pay them, and that the papers were void to indicate that the plaintiff had informed the appropriate authorities to file a ​​to investigate to identify the person who committed the offenses whose value was claimed and then handed over to the offender’s traffic code, and the court ruled, dismissed the case in his case and required the plaintiff to pay fees and expenses Pay