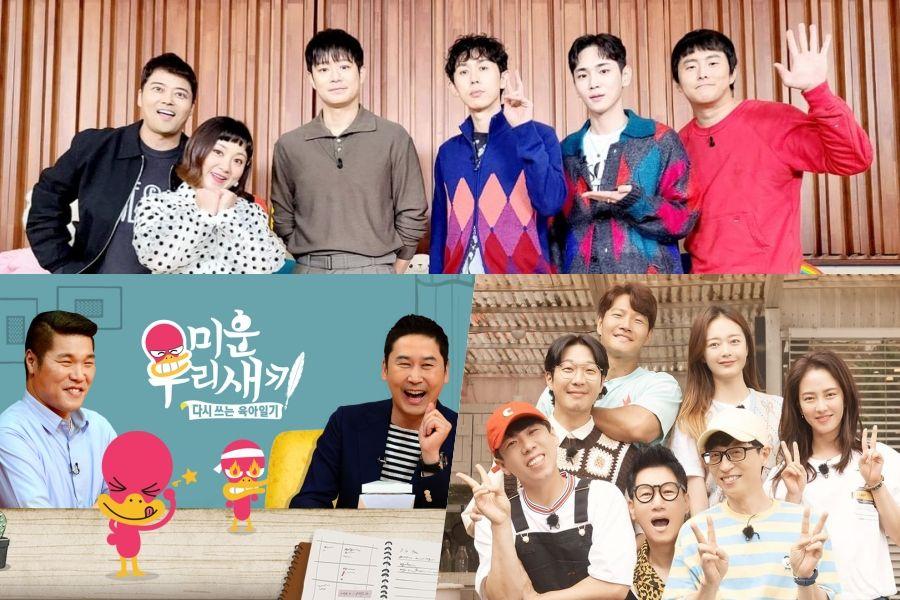 The rankings were determined by an analysis of consumer participation, interaction, media coverage, community awareness and viewership indexes of 50 popular variety programs, using big data collected from September 2 to October 2.

SBS’s “My Little Old Boy” rose to second in the ranking after a 45.36 percent increase in their brand reputation index since last month, bringing the total score for October to 5,266,257.

Meanwhile, SBS’s “Running Man” placed third for the month with a brand reputation index of 4,300,048, up 31.89 percent in its score since September.

Check out this month’s top 20 below!

…and “Running Man” below!