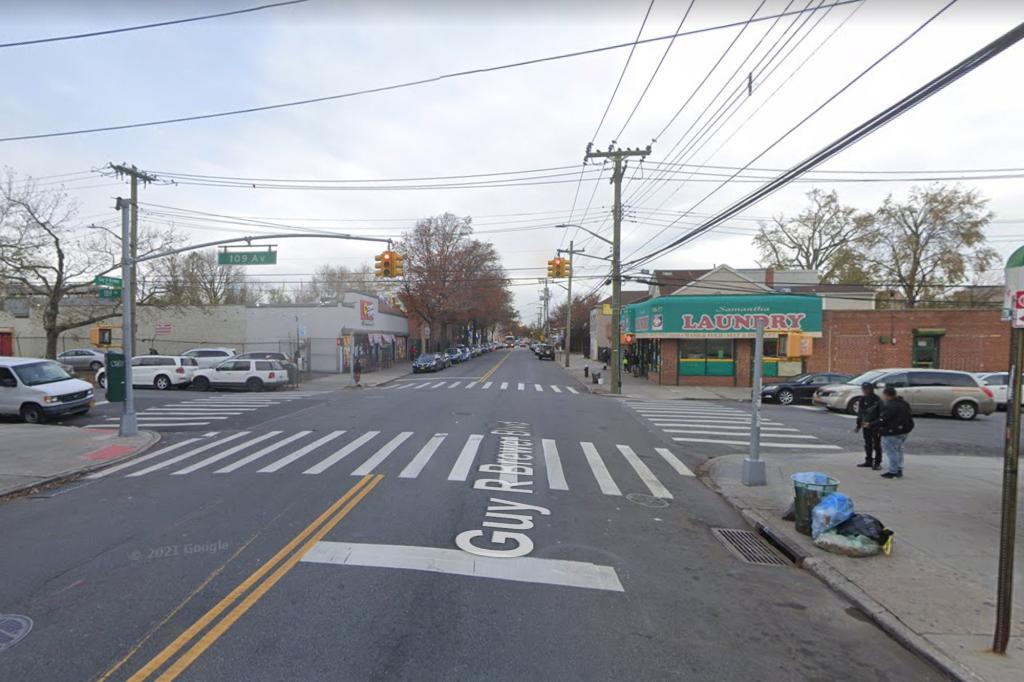 An NYPD officer was injured in Queens Tuesday night when an alleged car thief hit him with a stolen vehicle in an attempt to flee, authorities said.

Sean Kelly, 43, reportedly ran off in a black Honda Accord that police believe was stolen after being spotted spraying the vehicle near Guy R Brewer Boulevard and 109th Avenue just after 7pm , according to the NYPD.

As Kelly drove away, he allegedly cut a police officer in the leg.

Police caught up with Kelly and a female accomplice, who was in the passenger seat of the Honda during the incident, moments later and arrested the couple without further incident.

The officer was treated for the leg injury at Jamaica Medical Center and released.

Kelly, of Long Island, was charged with grand theft, possession of stolen property, obstruction of government administration, resisting arrest and unauthorized use of the vehicle.

His alleged accomplice, Nicole Chang, 38, of Queens, was arrested on the same charges, police said.