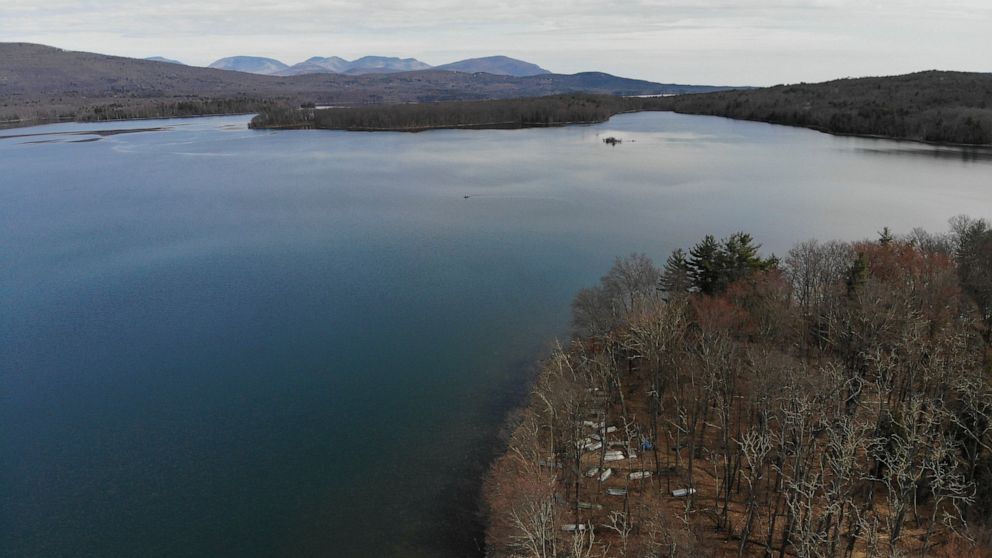 OLIVE, NY — While the western regions suffer from drier conditions, New York City has come under fire for sometimes releasing hundreds of millions of gallons of water a day from a major reservoir in the Catskill Mountains.

The occasional discharges, often around storms, have been used to control water levels in the Ashokan Reservoir and keep the water clear. But downstream residents say the periodic spikes are causing ecological damage along lower Esopus Creek. They say the high currents cause the water to soar that the scenic Hudson tributary takes on the color of chocolate milk.

“These people can afford to provide New York City with cheap, clean, and beautiful water by destroying ours,” said Michael Vallarella, who lives on the creek in Saugerties. While standing on his back deck recently, he wiped through pictures on his phone of the water that looked like “Willy Wonka’s chocolate factory river.”

Tensions between the residents of the state and the city of 8.8 million in the south touch on how the largest unfiltered water supply in the country will operate in an expected stormier future. Opponents pushing for changes in water delivery were recently given a boost when state regulators ordered the city to take a closer look at its effects.

City officials say they are trying to strike the difficult balance between responding to downstream concerns and providing quality water.

“If there was an easy solution to all of this that could address the concerns of everyone, including our own, we’d love to,” said Paul Rush, deputy commissioner for the city’s Department of Environmental Protection. “But this is a very difficult problem.”

Nestled among rolling mountains 130 kilometers north of Manhattan, Ashokan Reservoir is the second largest of the city’s 19 reservoirs. It was created more than a century ago by damming the Esopus Creek, displacing low-lying communities and sowing longstanding local resentments over issues such as watershed land use restrictions.

The current controversy revolves around interim rules that allow large water discharges — up to 600 million gallons per day — from the Ashokan through a channel connecting to the lower Esopus.

The canal, which was largely inactive until 2006, helps regulate reservoir levels to reduce flooding downstream, such as when major storms strike. The canal has also been used to remove water that is cloudy — that is, turbid with particulate matter — before heading south to city taps.

The city is seeking permission from the State Department of Environmental Conservation to continue making the two types of discharges, along with smaller daily discharges that help maintain the creek’s flow. Opponents want change.

Turbidity can be a problem with Ashokan water due to silty water flowing in. The reservoir is designed to give suspended solids time to settle in a western basin before flowing into a brighter eastern basin. But sometimes more needs to be done. The city used the chemical alum to reduce turbidity, but had to restrict its use in 2005.

The city says Ashokan’s larger spills over the past decade were all meant to regulate reservoir levels, though critics say the water released after storms could just as well be cloudy.

City environmental officials argue they are being blamed too much for the cloudiness in the lower creek, saying it flows from other sources as well. The agency said in its environmental analysis that they did not expect any significant adverse effects on the lower Esopus among the releases.

Critics argue that the periodic large-scale, long-term discharges erode riverbanks, leave deposits and affect fish habitats on the 33-mile-long Hudson River tributary. Many feel that the city is not held to the same standard that applies to residents near their reservoirs.

“There’s a very different way of working for the City of New York when it’s the watersheds and the streams that drain into the reservoir versus the downstream system,” said Amanda LaValle, deputy director of the Ulster County Planning Department.

The pair of water spills came shortly after the city released its environmental impact statement which predicted that releases of extremely cloudy water from the canal would rarely happen.

“The storm of 2020 hit and it contradicted their projections,” said Mary McNamara of the Lower Esopus Watershed Partnership. “That’s why people say their climate change projections are not aggressive enough.”

State environmental regulators cited the storm by telling the city to conduct an additional environmental analysis this year. The city must, among other things, look at the effects of the discharges on the water supply of the Hudson River and determine whether more climate analysis is needed.

The city had already predicted that a 5% increase in precipitation is possible by the middle of the century, albeit with much less snow. Rush, of the city’s environmental protection department, said the expectation of more precipitation mixed with dry spells “will be a big challenge.”

He said the city is open to changes in how they operate the Ashokan, noting that they already have the flexibility to rely on two other watersheds in the state. The city has permission to use alum this fall when work on a tunnel under the Hudson River requires the aqueduct to be temporarily disconnected for the neighboring Delaware watershed. Rush said using alum could be studied as a longer-term solution.

Some state officials say the discharges could be adjusted to mix clearer water or increase the daily flow as a way to prevent dramatic increases in the water flowing along the creek. Also in the mix are engineering solutions, such as comb ports that allow for the capacity of the western basin of the Ashokan.

“We’re looking for ways to really work together,” LaValle said.