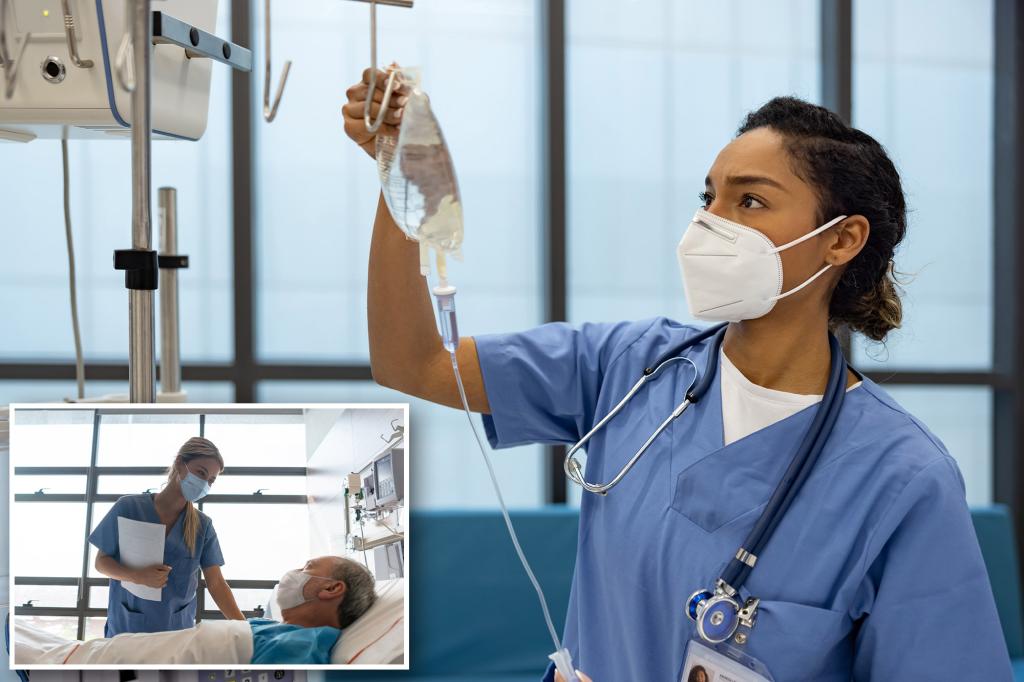 Being in the medical field in any capacity is hard work, and no group knows that fact better than nurses.

A new study has concluded that a majority of nurses feel undervalued and misunderstood by others, including doctors and patients.

About nine in 10 U.S. nurses believe others don’t understand their job, according to a new poll conducted by OnePoll on behalf of connectRN for National Nurses Week.

In the survey, 1000 nurses were asked how they are perceived in their profession, with 85% noting that they feel misunderstood by outsiders.

47 percent of nurses stated that one of the biggest misconceptions about them is that their position is “easy” compared to other health professionals.

The poll also found that 63% of nurses suspected they are being portrayed more positively in the media now than they were before the coronavirus pandemic. However, 63% still feel that their work is not perceived as “human” by both patients and doctors.

Eighty-three percent noted that nurses are overlooked for what they do as frontline workers, while 63% feel the way their bosses show their appreciation “patronising.”

“The future of healthcare will be built shoulder to shoulder with the nurses and assistants who have supported us all,” Ted Jeanloz, CEO of connectRN, told Talker News. “It’s critical that we as an industry listen to what nurses need and take action to improve their working conditions to empower this community and inspire those just starting their careers.”

The study also begged nurses to rate what would make their jobs better — and they cited higher wages (41%) and smaller nurse-to-patient ratios (23%) to give more time to each patient.

When asked what the most difficult parts of working are, nurses explained that tackling long work days (30%), providing emotional support to multiple patients in one shift (20%) and dealing with excessive nurse-patient ratios ( 18% ) were the biggest problems.

Another conflict nurses face is that, according to 67% of those surveyed, they often have to choose their jobs with their children over time.

Despite the rigors of working in the medical field, nurses still love what they do. They call their work rewarding (66%), demanding (47%) and joyful (41%).

About 54% reported a desire to heal people, while another 40% noted that they entered the profession because of their experiences with a sick family member. Twenty-nine percent wanted to embody the support they themselves would demand from others.

Seventy-nine percent of nurses said they often feel cherished by the doctors and other health professionals they work with on a daily basis, although 40% said they feel most valued by their patients.

Sixty-four percent of respondents were happy to receive a verbal or written “thank you” while 34% of people enjoyed receiving gifts and gift cards.

One of the nurses in the survey also shared one of the proudest moments of her nursing career. She recalled taking an ICU patient outside for the first time in three months.

The person felt so loved and grateful for the simple gesture that the patient sobbed. “I’m still thinking about her five years later,” the nurse said.

“To hear how nurses and assistants have been ‘recognized’ in the past for their contributions is both sad and infuriating. We need to do better,” reiterated Jen Reddy, ConnectRN’s Chief Marketing Officer. “Our goal this year is to change the experience for this community and show that we listen – and appreciate their impact – not just for a week, but every day.”