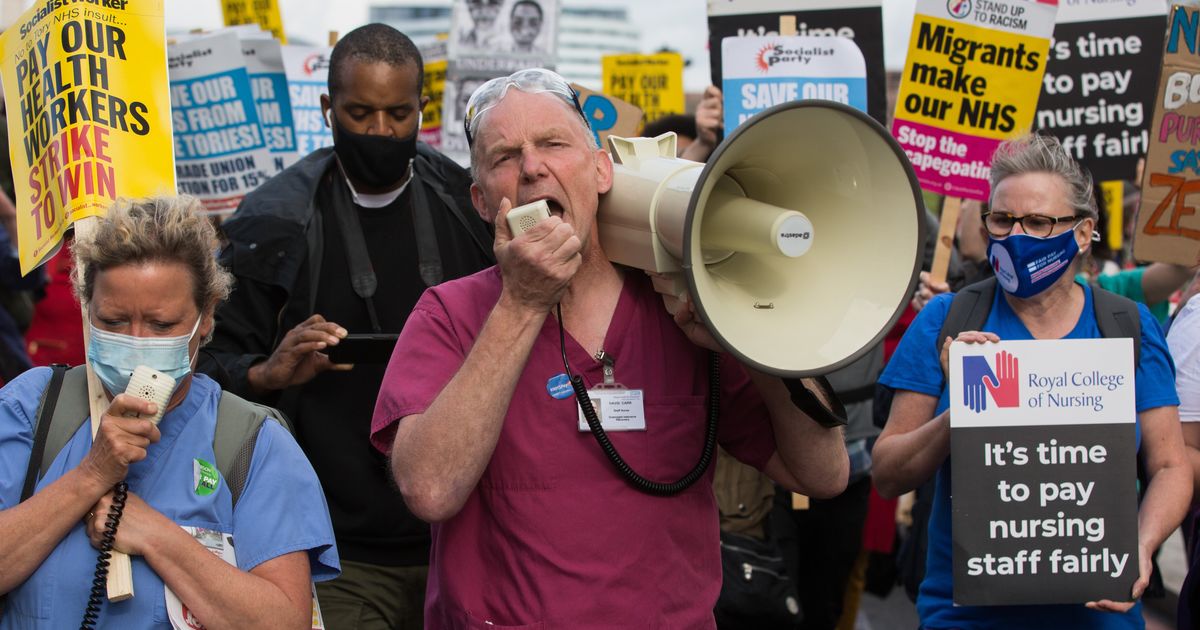 The Royal College of Nursing has announced the first dates of their strike this winter.

On December 15 and 20, hundreds of thousands of nurses will take part in trade union actions over wages and safety.

The RCN said nurses are “fed up with being taken for granted”, as well as low wages and “unsafe” staffing.

They said they went on strike after the government rejected their offer of formal negotiations as an alternative to industrial action.

Health Secretary Steve Barclay said he was “deeply grateful” for nurses’ hard work, but “deeply sorry” for some who took action.

He claimed the RCN’s demands amounted to a 19.2 per cent wage increase, which would cost £10bn a year.

The strikes are taking place in England, Wales and Northern Ireland. The RCN will announce next week which specific NHS employers will see action when formal notifications are submitted.

In Scotland, the RCN has paused its announcement of strike action after the Scottish Government reopened wage negotiations with the NHS.

The RCN says that despite this year’s pay, senior nurses are 20 percent worse off in real terms due to successive below-inflation pay since 2010.

“Ministers have had more than two weeks since we confirmed that our members felt such an injustice that they would strike for the first time,” said RCN general secretary Pat Cullen.

“My offer for formal negotiations was rejected and the ministers have opted for strike action instead. They have the power and resources to stop this by opening serious conversations about our dispute.

“Nursing staff is tired of being taken for granted, tired of low pay and unsafe staffing, enough of not being able to give our patients the care they deserve.”

The RCN said the economic case for paying nurses fairly is clear when billions of pounds are spent on agency workers to fill gaps in the workforce.

In the past year, 25,000 nurses in the UK left the Nursing and Midwifery Council (NMC) register. There are 47,000 unfilled registered nursing posts in the English NHS alone, according to the RCN.

Barclay said: “These are challenging times for everyone and the economic conditions mean that the RCN’s demands, which according to current figures are a 19.2 per cent wage increase, costing £10bn a year, are not affordable.

“We have prioritized the NHS with an additional £6.6bn, on top of previous record funding, and accepted the recommendations of the independent NHS pay review body to give nurses a fair wage increase of at least £1,400 this year.

“This means that a newly graduated nurse will typically earn more than £31,000 a year – while senior nurses earn much more – they will also receive a pension contribution worth 20 per cent of their salary.

“Our priority is patient safety. The NHS has put in place proven plans to minimize disruption and ensure emergency services continue to operate.”