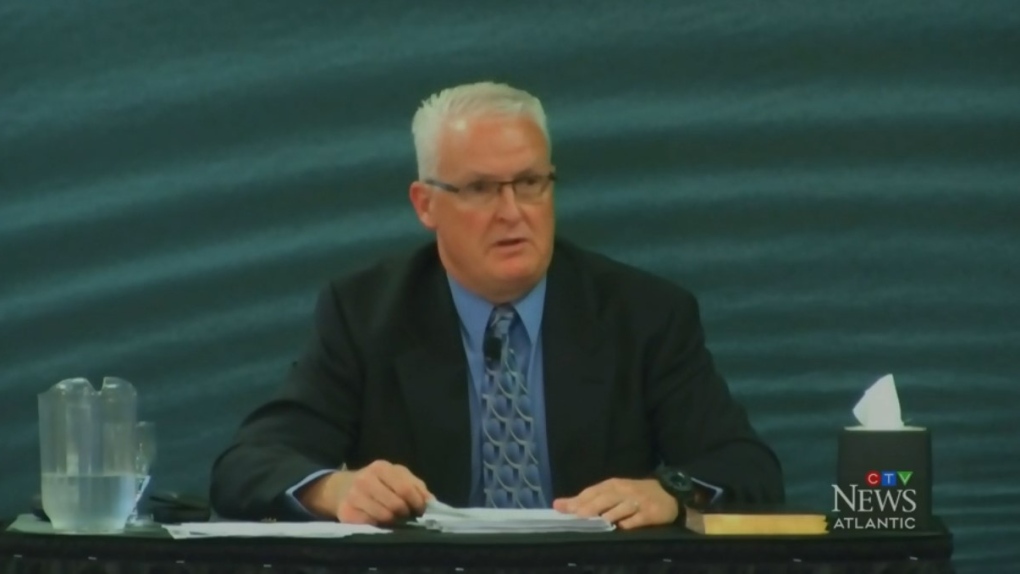 The Mountie who led the initial response to the mass shooting in Nova Scotia testified Monday that his plans to block the killer’s escape were foiled by a “misunderstanding” by a subordinate and a drive for competitive duties.

It was one of the mistakes that Staff Sgt. Brian Rehill, a risk manager at the Operational Communications Center in Truro, said it happened on April 18-19, 2020, when he was confronted by a “tsunami” of information as a murderous disaster unfolded in the village of Portapique.

The public inquiry learned that just after 10:44 PM on April 18, Rehill v Const. Chris Grund to station himself on Hillview Lane, a minor freeway road four miles east of the community.

Meanwhile, the killer escaped back roads in a replica RCMP car around 10:45 PM after killing 13 of his 22 victims.

Rehill’s testimony did not reveal exactly how long it would take Grund to reach the containment point or whether he would have arrived in time to stop the shooter. The officer drove past his assigned position directly to the intersection of the main road with the highway, which was west of the dirt road exit the killer was using.

“There was probably a misunderstanding,” Rehill said during questioning from committee adviser Roger Burrill.

“I think in the rush of the moment… maybe it wasn’t clarified well enough, and he went by that (location) I believe,” he testified. “I have to own that….I could have followed it up and got me to say, ‘Chris, are you sure you’re where I want you to be?’

The public inquiry has made special provisions for Rehill’s testimony for health reasons. These included an exemption from cross-examination by attorneys representing the victims’ families, and the hearing was closed to the public. Its contents were only approved for release at the end of the hearing.

Rehill, who had been out of work for 18 months, answered questions from Burrill directly and soberly for about four hours before quickly answering questions submitted by other attorneys. He concluded his testimony with a statement expressing his condolences to the families of the victims.

“It must be so terribly difficult for all of them. It’s a very sad circumstance (and) very tragic,” he said. “But I want people to keep in mind… that we’re human. We put on a uniform when we go to work. We are constantly risking our lives.’

The senior officer said he still suffers from nightmares, sleeps badly and is constantly reminded of what happened in April 2020.

“Everyone that night and the next day had their heart and soul for this,” he said. “They tried their best. (But) if you break it down, we could have done better. We’re not denying that. There are ways we can improve… We’re human too. Everyone’s traumatized.”

In the morning statement, Burrill asked Rehill if there was any way he could have checked Grund and directed him to his originally assigned position.

Rehill replied that he didn’t think he would have looked at Grund’s position with concern, as the maps he looked at led him to believe there was no alternative way out of Portapique. He also noted that if the officer had been in the designated spot, there was a chance he could have been “executed” by the gunman.

Burrill played a short radio broadcast of Const. Vicki Colford said at 10:48 pm on April 18 that there was “some sort of road” the killer could have taken to escape, other than the road she was stationed on. Rehill told the committee he couldn’t remember hearing this information because he was busy with other duties.

He noted that his decision-making in general was influenced by the enormous flow of information. “It was a lot for me,” he said. “It was frustrating.”

However, lawyers for victims’ families have noted that there were also shortcomings in the RCMP’s ability to use its own resources and technology.

For example, while Rehill said he couldn’t see minor roads on his maps, the investigation has already received evidence from an Operational Communications Center supervisor that she was unable to access high-quality maps the night of the attack due to an inability to enter the correct passwords. to find.

A study released last week said the air-based maps — known as Pictometry — would have given Rehill a clearer picture of the killer’s escape route along a blueberry field.

Burrill also asked Rehill why he was dealing with provincial Child and Family Services in the middle of the response, which called about four children whose parents had been murdered in Portapique. The lawyer suggested that that task could have been delegated.

Rehill agreed, “It’s like another job someone else could do.”

He said he understood he had to step back when Staff Sgt. Jeff West took over at 1:23 a.m. on April 19, but still continued to lead. Burrill pointed out that Rehill remained involved in the operation until 3 a.m

“We can have a situation where three or four risk managers come in,” he said, each with a different task.


This report from The Canadian Press was first published on May 30, 2022.


— With files from Michael MacDonald in Halifax.