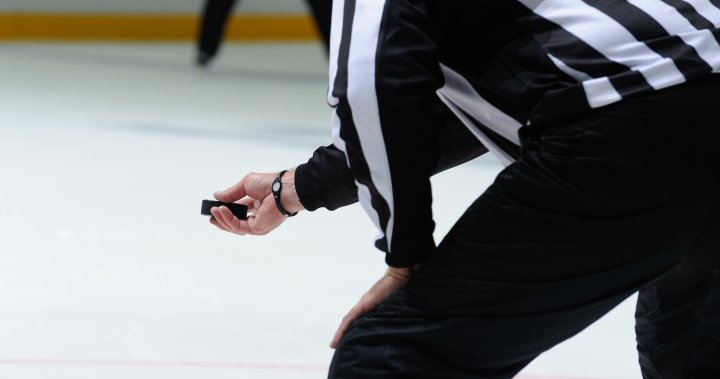 Small hockey clubs in Nova Scotia are the latest to embrace a program aimed at eradicating verbal abuse against young umpires by identifying them on ice with a green armband.

Cole Harbor Minor Hockey Association chief referee Jason Clark says it’s not unusual for spectators and even coaches to utter insults at officials when unpopular calls are made.

Clark says aggressive remarks and yelling from the stands has led some young referees to quit.

This season, all under-18 umpires in the Cole Harbor Association — where NHL star Sidney Crosby got his start — are wearing green armbands in hopes of sparing them abuse.

The green armband program was first introduced to Canadian minor hockey by Hockey Montreal in 2020, adopted from a similar baseball program in Quebec, and it also has a presence in other associations in Nova Scotia and in many organizations in Ontario.

This report from The Canadian Press was first published on December 8, 2022.