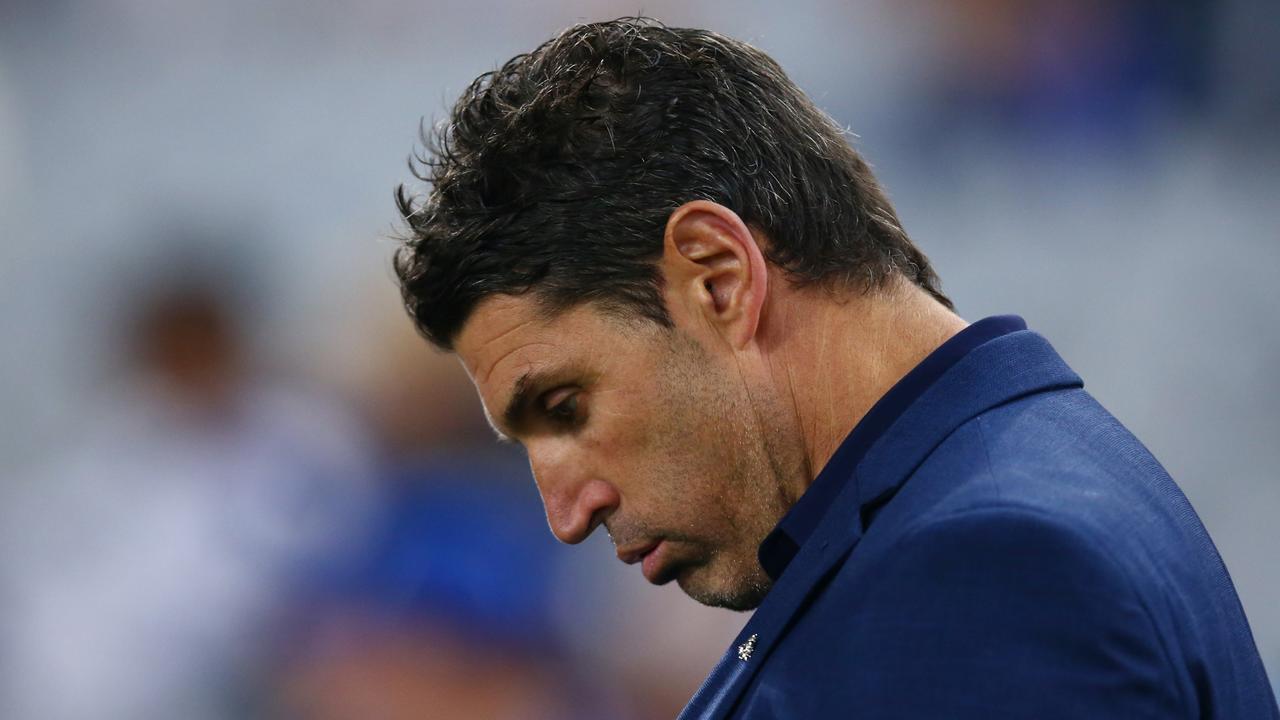 Trent Barrett could have coached the Bulldogs for the last time, with club power brokers scheduled to hold emergency meetings this week.

Canterbury officials are reportedly frustrated and have spent the weekend speculating whether Barrett was still the club’s long-term boss, according to the Sydney Morning Herald.

Watch every game from Magic Round Live & Ad-Break Free In Play on Kayo this weekend. New to Kayo? Try now 14 days free >

Pressure on Barrett mounted ahead of the club’s upset win over the Roosters, but a poor performance against a struggling Knights outfit has thrown the spotlight back on the club’s problems in 2022.

Bulldogs officials will also question director of football Phil Gould, asking if the club can return to finals football with Barrett as coach.

Barrett could have coached the club for the last time after a 16-6 loss to Adam O’Brien’s side in Newcastle.

“Trent Barrett is under tremendous pressure. There will be an emergency Bulldogs board meeting tomorrow with the suggestion that Barrett may have coached his last game,” Warren Smith told Fox League.

“We saw Phil Gould here in the media center not long before kick-off between the Roosters and the Eels and his mood was quite dark.

“Maybe a clue there, but big drama in Belmore.”

According to the SMH, club members have sent a wave of complaints to Canterbury-Bankstown directors, with many suggesting it is time to let Barrett go.

The former Panthers assistant has no answers at Friday night’s post-game press conference after falling to the dismal record of just five wins from 34 games.

Just a few weeks ago, Phil Gould backed Barrett as the longtime Bulldogs coach, but now the decision could be out of his hands if the board decides they need serious ties.

Many fans had a positive outlook on this season, with a number of high profile recruits, including Matt Burton and Josh Addo-Carr, poised to breathe new life into the basement dwellers.

But now all optimism has faded and the Bulldogs won’t be short of options if they need a new coach.

Paul Green, Shane Flanagan and Cameron Ciraldo are the veteran options to take over, while Steve Price has had a successful stint at Cronulla and Kristian Woolf has been solid at St Helens.