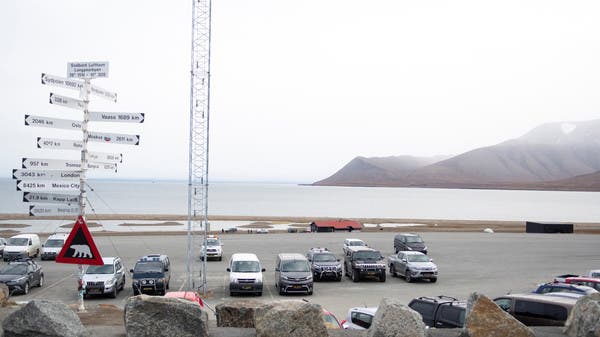 Norway is not violating a century-old treaty over the Arctic archipelago of Svalbard by blocking Russian cargo to the islands, the country’s foreign minister said Wednesday after Moscow threatened retaliation.

“Norway is trying not to hinder supplies to a Russian mining settlement in the area,” she said, after the Russian foreign ministry said it had subpoenaed the Norwegian chargé d’affaires over the matter.

Moscow accused Norway of disrupting the work of the Russian consulate general on Spitsbergen, the largest island of the Svalbard archipelago.

Norway has sovereignty over Spitsbergen, but allows citizens of more than 40 countries to exploit the islands’ potentially vast resources on an equal footing.

Moscow has long wanted more of a say in the archipelago – which it insists on calling Spitsbergen rather than Norwegian Spitsbergen – which has been a residence of its hunters, whalers and fishermen since the 16th century.

The Svalbard Treaty transferring sovereignty to Norway was signed in 1920.

Huitfeldt argued that the shipment that was stopped at the Norwegian-Russian border “has been stopped on the basis of sanctions prohibiting Russian road transport companies from carrying goods on Norwegian territory”.

Freight transport “doesn’t have to go by Russian truck through mainland Norway,” she said, suggesting other solutions could be found to supply the mining community.

Svalbard was exempt from a ban on Russian-flagged ships entering ports, “and we have clearly indicated our willingness to consider a waiver of the no-fly zone,” the minister said.

The situation in the city of Barentsburg, home to the Russian miners, was “normal,” she said.

“Residents have access to food and medicine,” Huitfeldt said.

“It is not Norwegian policy to try to drive Russian companies or citizens away from Spitsbergen, or to put obstacles in the way of business taking place in accordance with Norwegian laws and regulations.

“At the same time, Norway’s necessary response to the Russian war in Ukraine could also have practical implications for Russian companies in Spitsbergen, as in Norway in general,” said Huitfeldt.