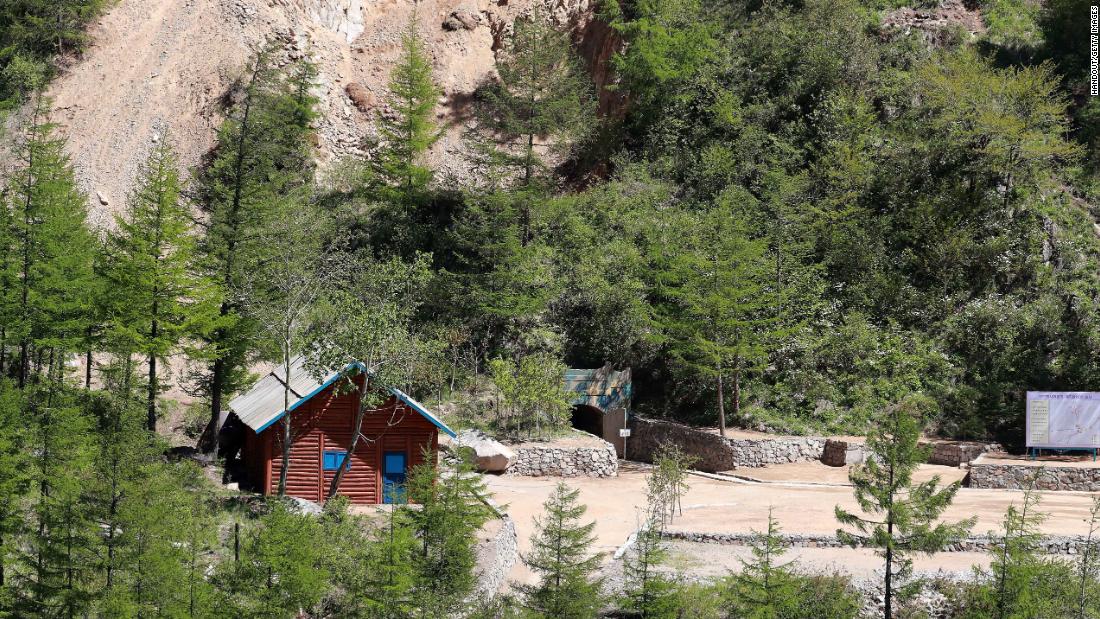 Preliminary work on the Punggye-ri Nuclear Test Facility’s Tunnel No. 3 was apparently completed and ready for a potential nuclear test, the Center for Strategic and International Studies said in a report, citing commercial satellite imagery.

North Korea conducted six underground nuclear tests at the site from 2006 to 2017.

The research group said analysts had first noticed new construction activity in the facility’s Tunnel No. 4, “strongly suggesting efforts to re-enable it for possible future testing.”

Outside tunnel No. 3, images showed a retaining wall and some minor landscaping with small trees or shrubs, likely awaiting a visit from senior officials, it said.

The two tunnels had never been used for nuclear testing before, and their entrances were demolished in 2018, when North Korea declared a self-imposed moratorium on the testing of nuclear weapons and its intercontinental ballistic missiles (ICBMs).

Leader Kim Jong Un has said he is no longer bound by that moratorium due to a lack of reciprocal steps by the United States during denuclearization talks, and North Korea resumed testing of ICBMs this year.

South Korean officials this week said North Korea was ready to conduct a nuclear test “any time” and the timing would be determined by Kim.

The South Korean Defense Ministry spokesman, when asked about the report, said it was closely monitoring developments regarding North Korea’s nuclear activity, along with US intelligence agencies, but declined to comment further. to give.

South Korean Foreign Minister Park Jin said Monday after talks with US Secretary of State Antony Blinken in Washington that any provocation by North Korea, including a nuclear test, will receive a united, strong response.

He urged China, for many years North Korea’s only major ally, to use his influence.

Park also pledged to work to normalize an intelligence-sharing pact with Japan “as soon as possible” to bolster their responses to North Korea’s nuclear and missile threats.

The agreement, the General Security of Military Information Agreement (GSOMIA), was the backbone of the trilateral exchange of security information between South Korea, the US and Japan.

But South Korea had considered withdrawing from the pact with Japan in late 2019, during a period of tense ties, before deciding at the last minute to renew the pact under US pressure.

South Korean officials have said intelligence sharing with Japan has not been as smooth as before.