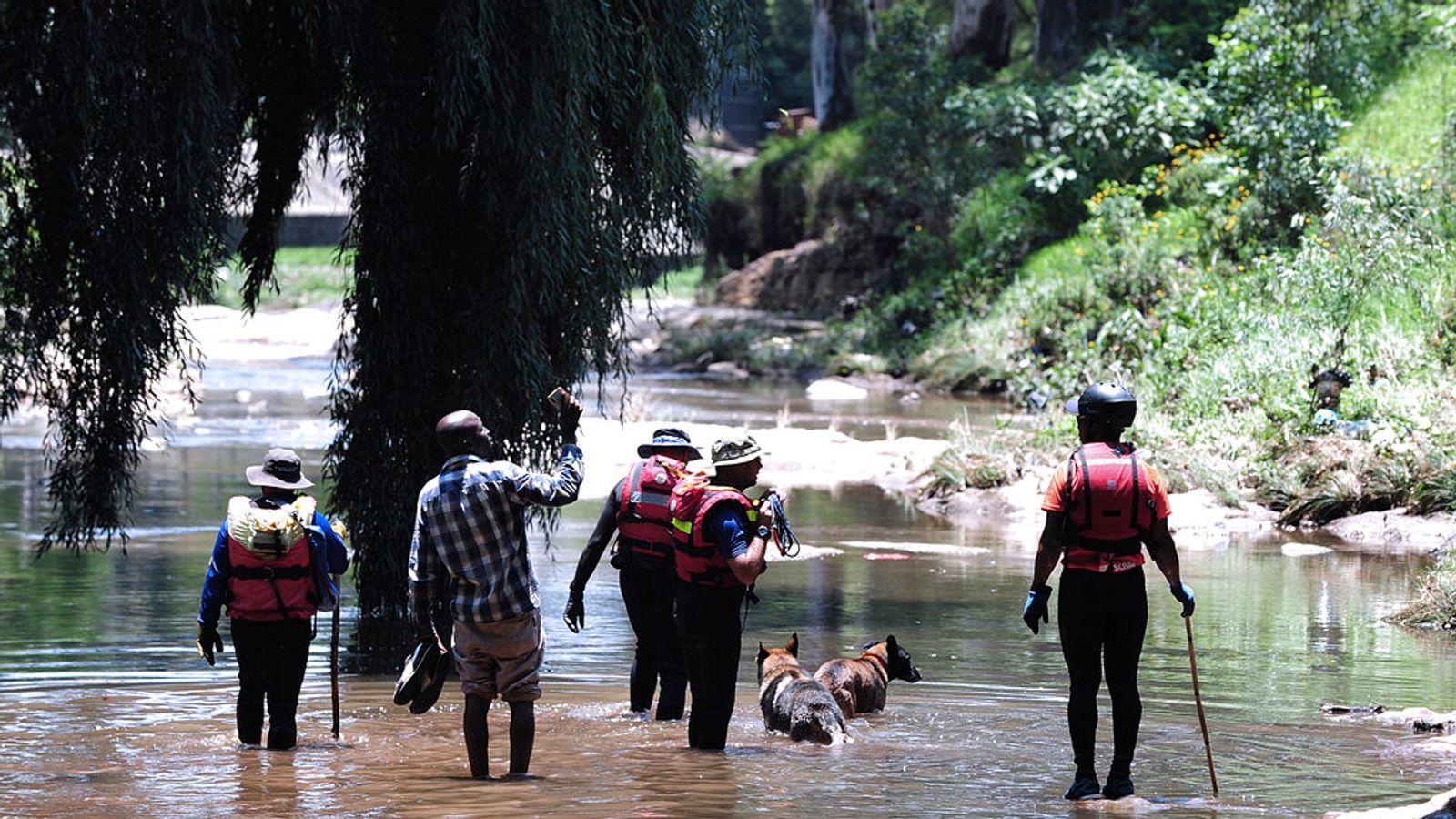 At least nine people have died and eight others are missing after a group of worshipers was swept away by flash flooding during a religious ritual in Johannesburg.

Emergency teams were sent to the Jukskei River after a congregation of 33 people gathered for what is believed to be a Saturday baptism or purification rite.

Two bodies were recovered on Saturday evening and seven more were found when the rescue mission resumed on Sunday morning.

Relatives have identified their deceased loved ones, according to local reports, which suggest the operation is now a search and recovery mission rather than a rescue mission.

Johannesburg emergency services spokesman Robert Mulaudzi said officials repeatedly warned residents about the dangers of participating in religious ceremonies along the river – especially after weeks of heavy rainfall in the city that left many streams full.

He told a news briefing: “Our residents, especially congregants who normally practice these kinds of rituals, will be tempted to go to these river streams.

“Our message to them is to be careful if and when they perform these rituals.”

Purification rituals and baptisms are often held along the Jukskei River, which passes many townships, including Alexandra, in the east of Johannesburg, South Africa’s largest city.

Mr Mulaudzi tweeted images of rescue crews including a helicopter preparing to resume the search on Sunday morning.

He also shared a video of rescue teams walking along and in the river looking for victims.