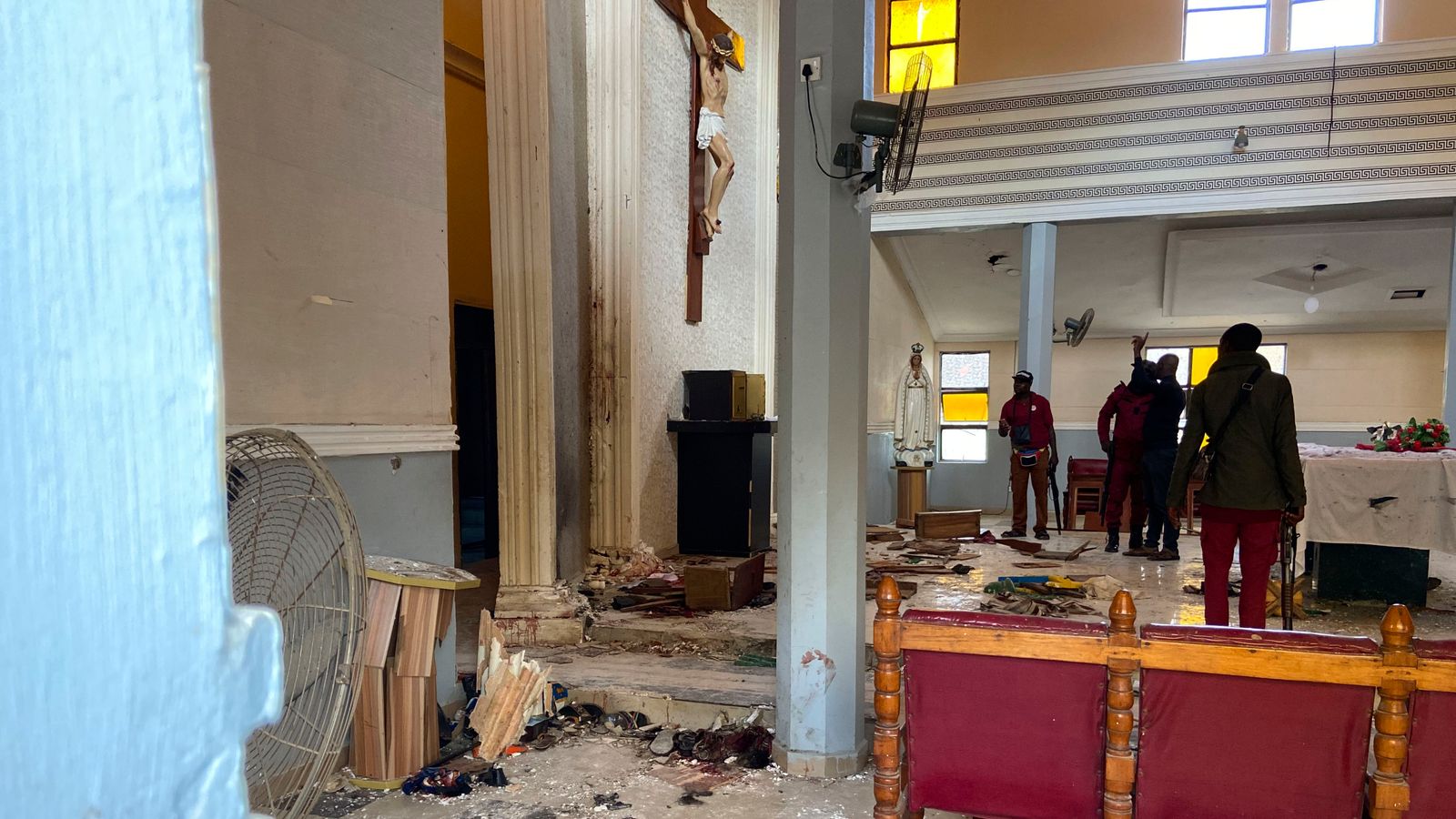 More than 50 people are feared to have been killed after gunmen opened fire on worshipers at a Catholic church in Nigeria.

Authorities have not immediately released an official death toll, but Mr Oluwole said many children were among the dead.

Adelegbe Timileyin, who represents the Owo area in Nigeria’s lower legislative chamber, said at least 50 people had died, although others estimate the figure higher.

Mr Timileyin added that the priest of the church was also kidnapped.

Videos appearing to be from the scene of the attack showed worshipers lying in pools of blood as those around them wailed.

It was not immediately clear who was behind the attack.

‘Our hearts are heavy’

The state’s governor, Rotimi Akeredolu, said he was shocked by the attack and added: “Our peace and tranquility have been attacked by the enemies of the people”.

In a statement, Nigerian President Muhammadu Buhari said: “Only devils from the underworld could have conceived and carried out such a dastardly act.”

The president was elected after he vowed to end Nigeria’s protracted security crisis.

The Vatican said Pope Francis “prayed during the celebration for the victims and the country that was hurt sore”.

While much of Nigeria struggles with security issues, Ondo is widely known as one of the most peaceful states in Nigeria.

The city of Owo is located about 345 km east of the country’s capital, Lagos.