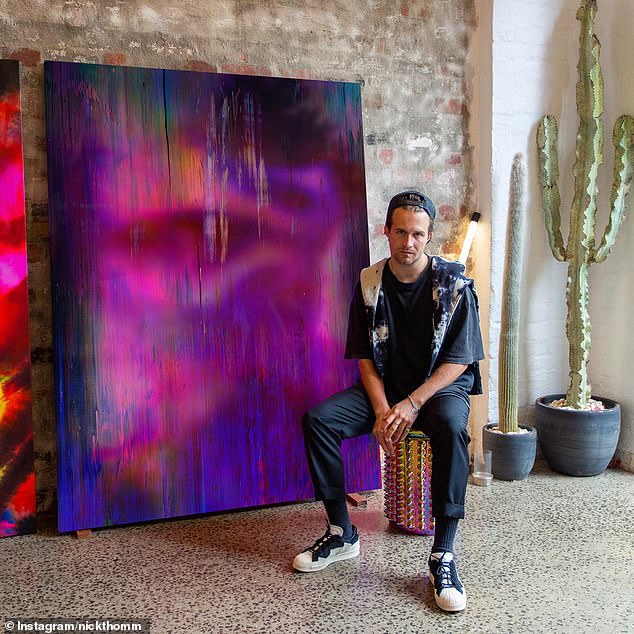 The moment the Australian artist received a DM from Miley Cyrus on Instagram requesting to paint a personalized mural for her: ‘Two weeks later I was at her house’

An Australian artist who creates vibrant contemporary artworks has captured the attention of A-list celebrities around the world – including singer Miley Cyrus.

Melbourne-based Nick Thomm painted a mural at the singer’s Los Angeles home in 2016 after receiving a message from her on Instagram.

“Miley is great. She just followed me on Instagram and we got talking,” he told Westwood.

“Literally, two weeks later I was at her house to put up a mural for her. She is truly an inspiring person to be around – a complete genius. She kind of inspired me to move to the United States for good. She’s been great to me.’

The hyper-colored mural is saturated with radiant shades of purple, blue and orange on a pink background. His abstract street style artworks explore a modern color scheme through a deep hallucinatory style that will draw you in right away.

Australian artist Nick Thomm (pictured) moved to New York in 2014 to make a career switch away from graphic design. After promoting his work on Instagram, he received a message from singer Miley Cyrus 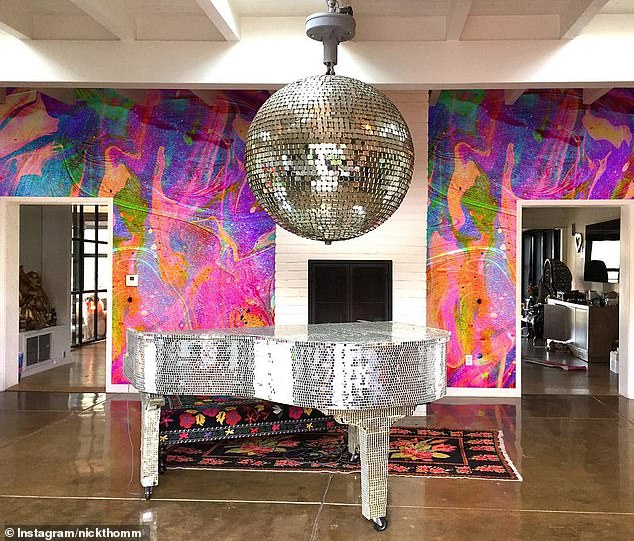 Nick, from Melbourne, painted a mural in the singer’s Los Angeles Happy Hippie Foundation in 2016. The mural is saturated with radiant shades of purple, blue and orange on a pink background (Photo: Miley’s mural) 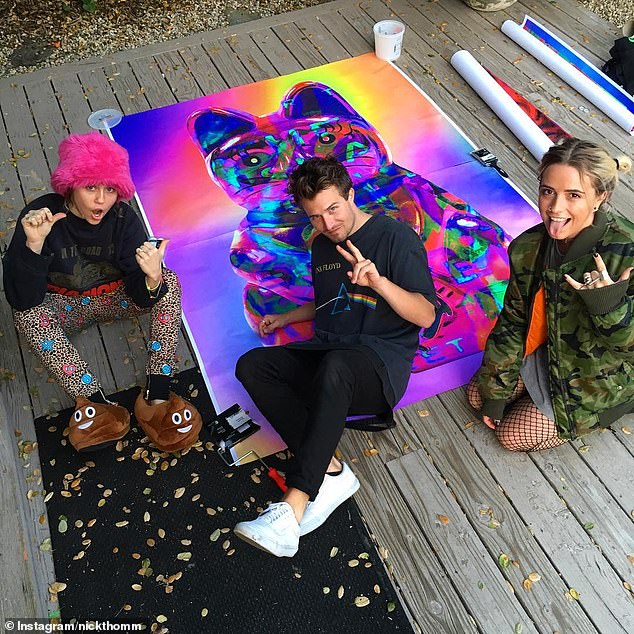 Over the years, Nick promoted his art shows on Instagram, leading to a collaboration with Miley Cyrus (pictured, left)

Nick moved to New York in 2014, where he decided to host a series of shows to promote his work, with help from his wife and studio manager Jay Ramsay.

“We basically just rented the space and did the whole show ourselves. We used that formula for the next four or five years, and worked our way up to [the scene]’ Nick told Broadsheet.

To generate hype, the art shows were promoted on Instagram, which worked exceptionally well in generating questions online.

To his surprise, the tactic led to a partnership with Miley and… international brands such as Nike, Maybelline and Adidas.

He has also created paintings for museums around the world, including the Moco Museum in Barcelona. 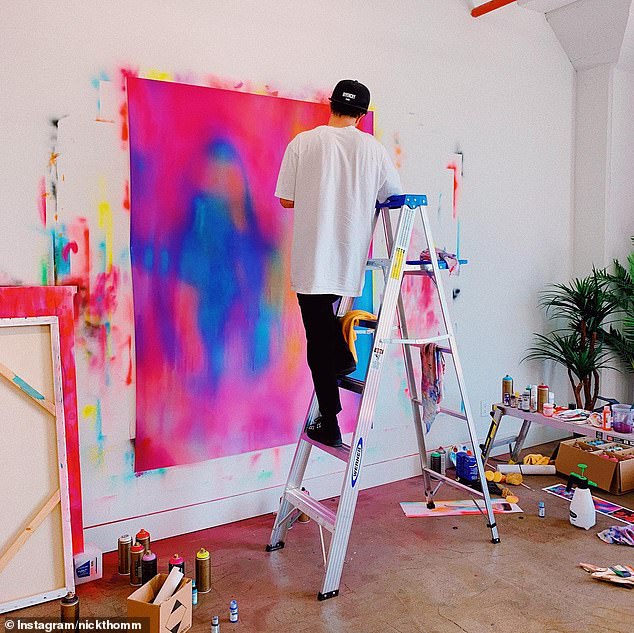 Every summer Nick returns home Down Under to visit family and friends. This month he also participates in Sydney’s Semi Permanente showcase taking place at Carriageworks from 25 – 27 May

“Some of the more minimal design features that I picked up as a graphic designer started showing up in my work. Then I started the process of refinement and more abstract styles,” he said.

Every summer Nick returns home Down Under to visit family and friends.

This month he also takes part in Sydney’s Semi Permanente showcase taking place at Carriageworks from 25 – 27 May.