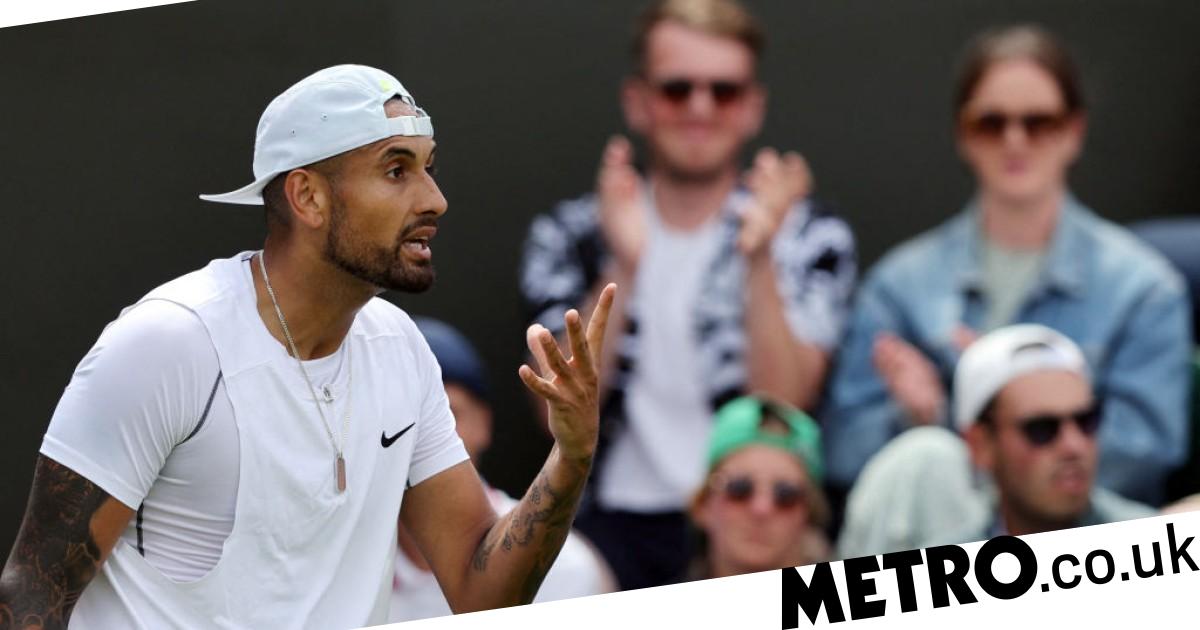 Nick Kyrgios has admitted to spitting at a ‘disrespectful’ fan during his win over Paul Jubb.

During an explosive afternoon, Kyrgios also clashed with a linesman and criticized the Wimbledon fans – claimed some had come to ‘just stir up the 27-year-old and have no respect’.

At a press conference, a reporter asked, “In the end it seemed like you were spitting in the direction of…”, to which Kyrios replied, “From one of the people who disrespect me? Yes. I wouldn’t do that to someone who supported me.’

He added: “I’ve been dealing with hate and negativity for a long time, so I don’t feel like I owed that person anything.

“He literally came to the game not even really supporting anyone, just to stir up disrespect. That’s fine, but if I give it back to you, so be it.’

During a fiery afternoon, Kyrgios also called a linesman a “snitch” and furiously knocked a ball out of Court 3.

Speaking of a linesman, the 27-year-old said, “Has anyone come today to see her speak?

‘No. I understand, but why is she doing that? Not one person in the stadium has come here to see her do anything. Not one person.

‘Like, you know what I mean? You have fans, but she has none.

‘What have I done? Like, come on. I know, but what? She just selfishly walks up to you during a game because she’s a snitch.’