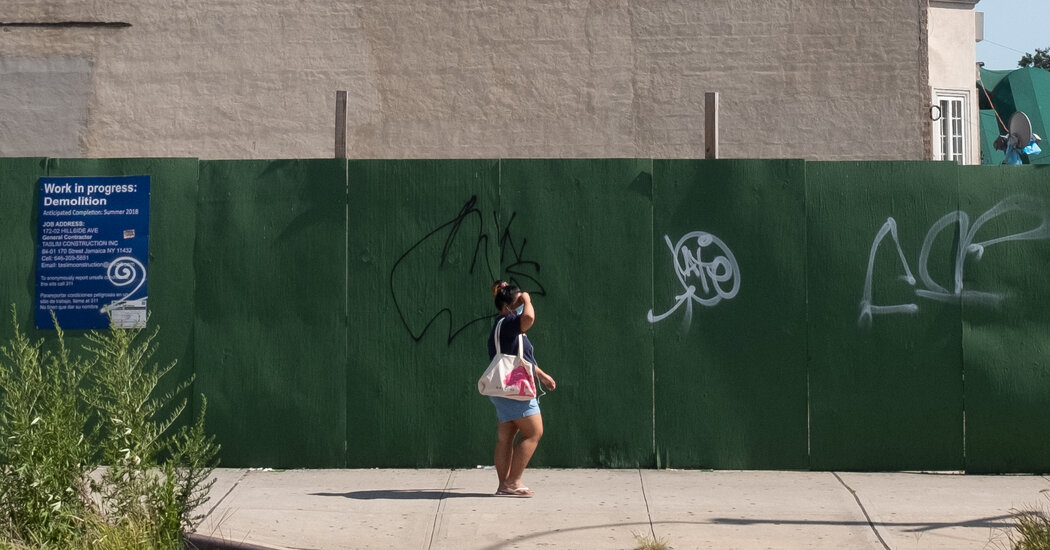 “We don’t have cars, so we can’t drive to lakes and beaches and stuff,” said Jesse Amaro, a home aid worker, outside the Crotona Pool in the Bronx. It was one of the hottest days of the summer, and the line to get in stretched far out on the sidewalk by early afternoon.

She surveyed the sun-kissed line of approaching swimmers, their only relief a mist of a snake wrapped around a street sign. It would take her and her daughter an hour to get in, and then at 3pm, when the pools close for an hour for cleaning and staff breaks, they would either have to end their swim or brave the line a second time to again… come in. Mrs. Amaro, 46, decided to skip it. They went home.

This struggle contrasts with the glamorous ambitions of 1936, when the city opened its 11 largest swimming pools. They were designed as extravagant bathing palaces for the masses, symbols of civic pride and public investment. During the New Deal, the federal government helped build these grand, elegant spaces for poor New Yorkers — mostly whites at the time — whose children often drowned trying to cool off in rivers.

But many pools in New York, like others across the country, remained segregated. Some have argued that Robert Moses, the powerful park commissioner, purposely built them in the hearts of white and black neighborhoods, not on the fringes, creating de facto white and black pools.

To deter unrest during the racial tensions of the late 1960s, the city began opening dozens of smaller swimming pools in underexposed, overheated black and Latino neighborhoods.

Draconian policies, introduced decades ago in response to the violence in the pools, continue to restrict what swimmers can take onto the pool decks, imbuing the pools with what Ms. Amaro called “a prison-yard mentality.”