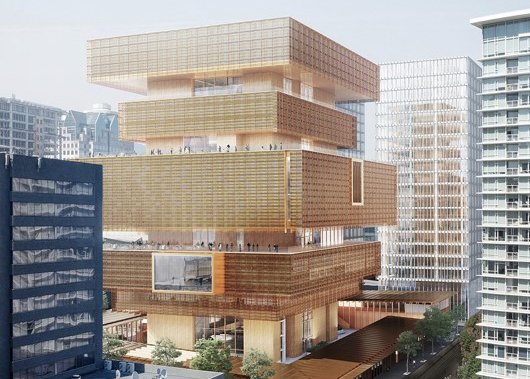 A new, state-of-the-art cultural building in Vancouver is one step closer to reality.

The new art gallery would be the most environmentally friendly in the world and the first passive house gallery in North America.

A passive house is an ultra-low energy building by performance standards.

It was announced Monday that the federal government has provided nearly $30 million in funding to support the new Vancouver Art Gallery, which is set to open in 2027.

The gallery needs a total of $400 million to reach its fundraising goal.

Anthony Kiendl, director of the art gallery, said they are now at 70 percent of their fundraising goal.

“We are going to tell the story to the world of how this province started, starting with our indigenous peoples, celebrating them, listening to their stories, their culture, their history, their art, and learning from them,” Vancouver Center MP Hedy said Frit Monday.

There has been a lot of controversy lately about the funding being sought and withdrawn in relation to the Royal BC Museum, but officials at the Vancouver Art Gallery said this project has been a long time coming.

“This will be a center for people coming together, for exploring creativity and ideas – those are essential things, so they really contribute to the health of our society. In the case of Vancouver Art Gallery, we’re looking for $400 million; so far, most of it has come from private volunteers and supporters, so this is a very reasonable project,” Kiendl said.