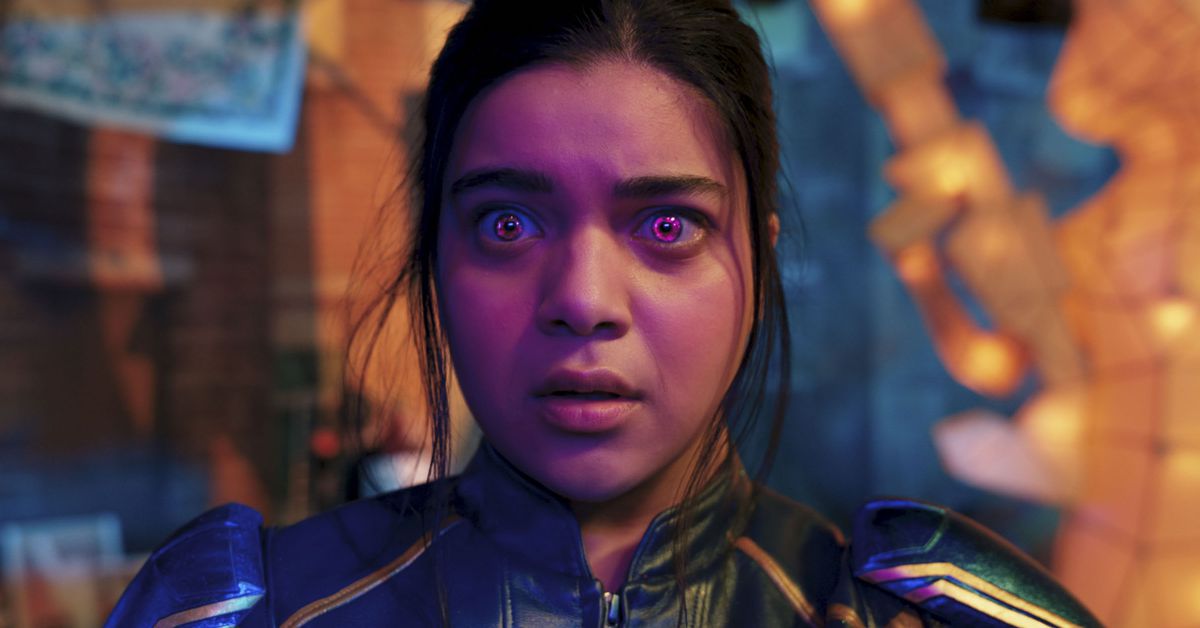 Disney Plus launched in 2019 with most of Disney’s back catalog, but the platform still hasn’t reached capacity. In addition to original content, such as Mrs. Marvel, there’s a myriad of older movies and shows trickling down to Disney Plus every month.

Mrs. Marvel ends this month, but fear not – High School Musical: The Musical: The Series will premiere at the end of this month. In addition, there are also some shark week specials and the new Zombies movie coming to Disney Plus.

Marvel Studios Assembled: The Making of Doctor Strange in the Multiverse of Madness

From Disney: Join visionary director Sam Raimi and the film’s cast as they share their experiences to bring Marvel’s darkest story to life. From building a world to building a universe, hear firsthand stories from the cast and crew about what it took to design, create and make each universe unique and believable. Discover all this and more in Assembled: The Making of Doctor Strange In The Multiverse of Madness†

America the beautiful Stream all episodes

From Disney: From the award-winning producers of Planet Earth† Frozen Planet, and the Disney nature movies, America the beautiful, told by Michael B. Jordan, is the breathtaking story of our homeland and its amazing animals. North America is the most diverse and extreme continent on Earth. The only place where you can find every landscape, from arctic ice caps to baking deserts and everything in between. We take a journey through America’s most spectacular regions – the Mountainous Northwest, the Steamy South, the Arid West and the endless Heartland. Whatever the neighborhood, there’s a hero who can make it a home. Smart, tough, brave, you name it, the animals of North America have what it takes to overcome the elements and thrive. In our latest episode, we meet the human heroes who fight to preserve our wild animals and wild places for future generations. Some flashing light sequences or patterns can affect light-sensitive viewers.

From Disney: Marvel Studios Mrs. Marvel is a new original series that introduces Kamala Khan, an American Muslim teenager growing up in Jersey City. An avid gamer and voracious fanfiction writer, Kamala is a superhero megafan with too much imagination, especially when it comes to Captain Marvel. Still, Kamala feels like she doesn’t fit in at school and sometimes even at home, at least until she gains superpowers like the heroes she’s always looked up to. Life gets better with super powers, right?

From Disney: Mickey Mouse and his friends each remember the wild events leading up to the annual fireworks spectacle from their own vantage point.

From Disney: It’s Zed and Addison’s last year at Seabrook and things are going better than ever. The city has finally accepted monsters as part of Seabrook and has become a safe haven for monsters and humans alike. Zed is about to receive a football scholarship and become the first zombie to ever enter college (and he’s excited to join Addison who has already been admitted). Addison is excited to mark the opening of the city’s brand new “cheer pavilion” by inviting cheer teams from around the world to compete in an “international cheer-off”. However, the city is shocked by the arrival of a new group of intergalactic outsiders – Aliens, who show up to join the cheer-off. Though they reluctantly allow the Aliens to stay ahead of the competition, the monsters and humans of Seabrook become suspicious when they discover that the Aliens may be looking for more than friendly competition. Some flashing light sequences or patterns may affect photosensitive viewers†

it was always me Stream all episodes

From Disney: Siempre Fui Yo (I Was Always) follows the adventures of Lupe (Seville), a Mexican girl whose life takes an unexpected turn when she discovers that her father – El Faraón, Colombia’s biggest music star – has passed away and decides to leave her native Mexico and travel to Cartagena to funeral. Once there, she soon realizes that nothing is as it seems and decides to enter a music competition to get close to her father’s entourage and investigate his suspicious death. Together with Noah (Bueno), a young former assistant to her father, Lupe embarks on a mission full of danger, romance and lots of music to solve this mystery in the heart of the Colombian Caribbean.

All the same… Just not Stream all episodes

From Disney: Disney’s All the same, just not follows Carol (Gabriella Saraivah) as she goes through major changes in her life. On the one hand, she has to deal with the fact that her mother is marrying her new boyfriend and the prospect of living under the same roof with his son. On the other hand, she starts dating someone for the first time in her life and finds herself in unexpected situations with her lifelong friends, which threatens their relationship. So she faces the typical challenges of adolescence, experiences feelings she had never explored before and learns that getting to know herself and respecting her emotions are the first steps to happiness, even if she makes mistakes along the way.

From Disney: The Wildcats head to Camp Shallow Lake, a California sleeper camp, where they and their fellow campers are ready for an unforgettable summer of romance, curfew-free nights, and a taste of the great outdoors. With a high-stakes production of “Frozen” on the horizon AND a drama-filled “docu-series” of the production, the Wildcats will try to show who is the “best in the snow” without leaving anyone out in the cold. stand.

From Disney: After a memorable year at East High, the Wildcats head to Camp Shallow Lake for two weeks of fun in the sun. With a high-stakes production of “Frozen” looming and new campers threatening to shake up the Wildcats’ dynamics, the campers are heading into an unforgettable summer of highs and lows and “Let It Go’s.”

From Disney: With unparalleled access, Academy Award® nominated filmmaker Lawrence Kasdan takes viewers on an adventure behind the curtains of Industrial Light & Magic, Lucasfilm’s special visual effects, animation and virtual production division. Discover what inspired some of the most legendary filmmakers in Hollywood history and follow their stories from their earliest personal films to bringing George Lucas’s vision to life.