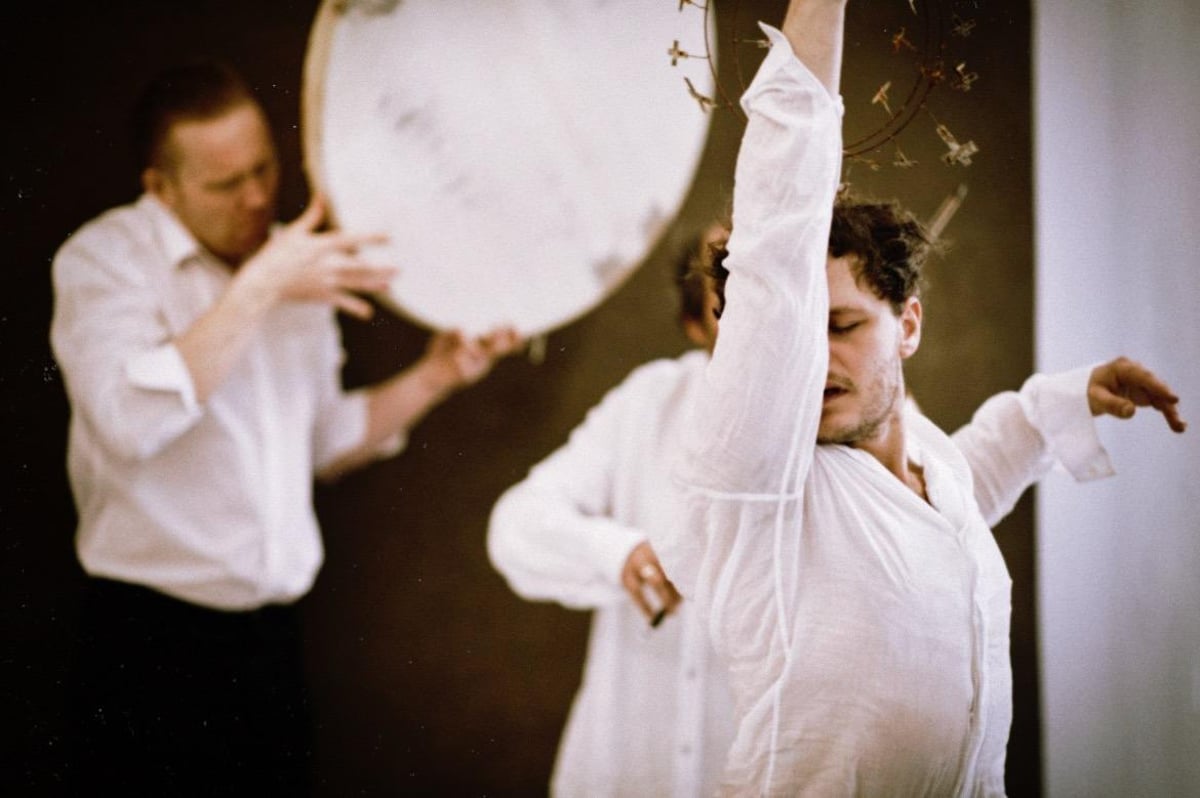 Of Anglo-Sicilian descent, Lo-Guidice was born in Palermo but grew up in Middlesborough; his mother is British and his father Italian and the play is semi-autobiographical, reflecting his own experience of a mixed cultural upbringing. “My mother is from Saltburn and my father is from Palermo, so I grew up with both cultures clashing,” he says. “The work is primarily about that – what it means to belong, what it means to be from the north of England and what it’s like to be different.”

Lo-Guidice describes the dance theater pieces he creates as “a mix of folkloric fantasy, nostalgia and workers’ anguish”. Roma contains all these elements, but the core story is very personal. “The concept for it came from my mom and dad’s story,” he says. “From my mum finding love with someone from another country but sadly culminating in their divorce and separation and her return home to the UK. It’s about family and heartbreak and breakups, but there’s also a lot of joy and love.” Lo-Guidice’s parents separated when he was five years old and he has vivid memories of leaving Palermo to start a new life in England. “It all happened quite suddenly and I remember the day we got on a flight and I first met my English family,” he says. “It is such a striking moment that I can hold it. I remember going to school in Middlesborough speaking Italian and having no friends, not fitting in. I wanted to tell the story of my parents, but also of that feeling of being an outsider. So many of us experience a way of not fitting in, it’s something universal.”

He started making the work in 2020 during the lockdown, and as part of his research, sent his parents a series of questions to get their perspective on each other and their relationship. “It was an interesting process — they had very different views on things,” he says. “Those two questionnaires informed how the work would be made.” He collaborated with the performers – four dancers and two musicians – to develop the work, transforming his parents’ stories into a series of fleeting memories and creative imaginations, to capture the complexity, the push and pull of a love story about a cultural divide. , all set to a specially composed score, played live, which is a mix of Sicilian and traditional English music. “The four dancers are between the ages of 30 and 66, so there’s a real spread in age and experience on stage, which is something we were quite passionate about,” says Lo-Guidice. “The artists who represent my father and mother are the same age as my parents are now. Their movement is so virtuoso and human.”

Anthony Lo-Guidice’s dance theater piece Roma is touring venues across the north and is coming to York Minster this month.

Lo-Guidice’s own journey into dance came about, he says, “completely by accident”; it wasn’t something he’d ever thought about. “I really had no direction in life, then a friend named Jenny invited me to an after-school dance class. I went along and the ballet mistress said ‘you can’t just watch, you have to participate’. She saw raw potential and told me to come back the following week even though I couldn’t afford to pay. Through her generosity I found my way; she really fed and pushed me; I was so inspired by her.” Roma tours to locations in the north and as part of the tour the company works with young people in each location they visit. “I grew up in one of the poorest communities and through our engagement work we want to show that you can come from the north of England and have a successful career in the arts. Visibility is so important.” Lo-Guidice hopes that people will identify with the themes in Roma. “It’s a universal story in many ways. And I’d like people to take away a sense of pride in the North and the beauty of all the diverse communities on which so much of the North is built. For him personally, performing in York will be quite important as both his parents will be in the audience. “They haven’t seen each other since my mum left and although I can remember living in Italy I don’t really remember my parents together so that performance at York Minster will be very special for all sorts of reasons.”

Roma will be at York Minster on November 25 at 7:30pm. yorkminster.org